Lib Dem Leader Cllr Tim Bick said: “We passionately want an open and inclusive city whose council works for everyone. The way to achieve this is to confront the city’s big challenges, not duck them”.

The Lib Dems are committed to planning ahead to meet the city’s housing needs. We offer determined leadership to develop new quarters of the city on its two remaining major brownfield sites, the sewage works and the airport, and to work with owners to relocate current activities. We will also introduce to the city homes for key workers based on a ‘living rent’, related to household earnings.

We see a transformation of local public transport as the priority to unlock the city’s congestion problem. Through a potential mix of buses and the CAM metro, we want services to be more reliable, more comprehensive, more affordable and less polluting as a clear guarantee, if people are to be encouraged to leave their car at home. We propose an informed public consultation on all the feasible options for achieving this.

Cllr Tim Bick, Lib Dem transport spokesperson, said: “The leadership we’ve had from Labour on transport has been muddled, characterised by their abandoned initiative to slash city centre car parking prices, the infamous u-turn over their road closure scheme and expansion plans for Milton and Histon Roads which residents have largely now fended off. We will square with the public on the strategic options of what sort of transport system we want for the future, how to achieve it, and enable them to assess the implications for themselves.”

Lib Dems also want basic council services - collecting the rubbish, cleaning the streets and looking after public toilets, open spaces and other communal areas - to keep pace with a busier and busier city. We oppose Labour’s recent funding cutback as ‘easily avoidable’ and are calling for targeted improvements, where the strain is starting to show. We want to see the council treating basic services for everyone as its top spending priority.

Cllr Zoe O’Connell, Lib Dem Deputy Leader, said: “The council needs to react to its third consecutive year of increased complaints from the public about its services. Basic services for everyone are the foundations of what the council is for. Labour are letting this slip and this is certainly not the time for cutbacks.”

Lib Dems are also proposing to withdraw the new charges for ShopMobility and work harder for commercial sponsorship; to open up access to 5 publicly owned community woodlands; and to introduce a campaign against engine idling to reduce air pollution. 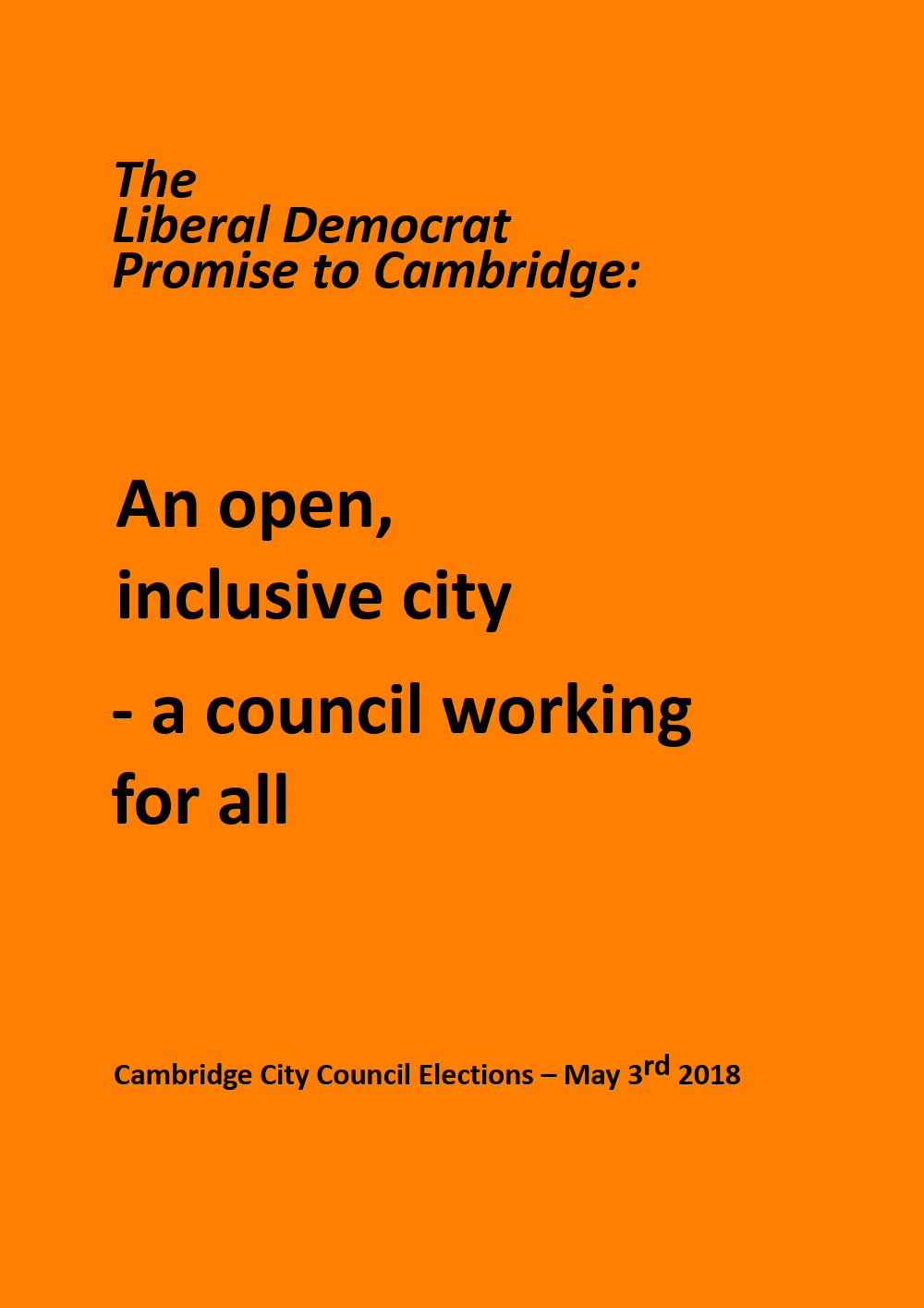