"BRING THE CITY TOGETHER" CALL ON CONTINUING ROUGH SLEEPING TRAGEDY

The authors of a major local report on rough sleeping and street life issues have re-issued their call for action to unite the city to reduce the numbers of people sleeping and begging on the city’s streets. 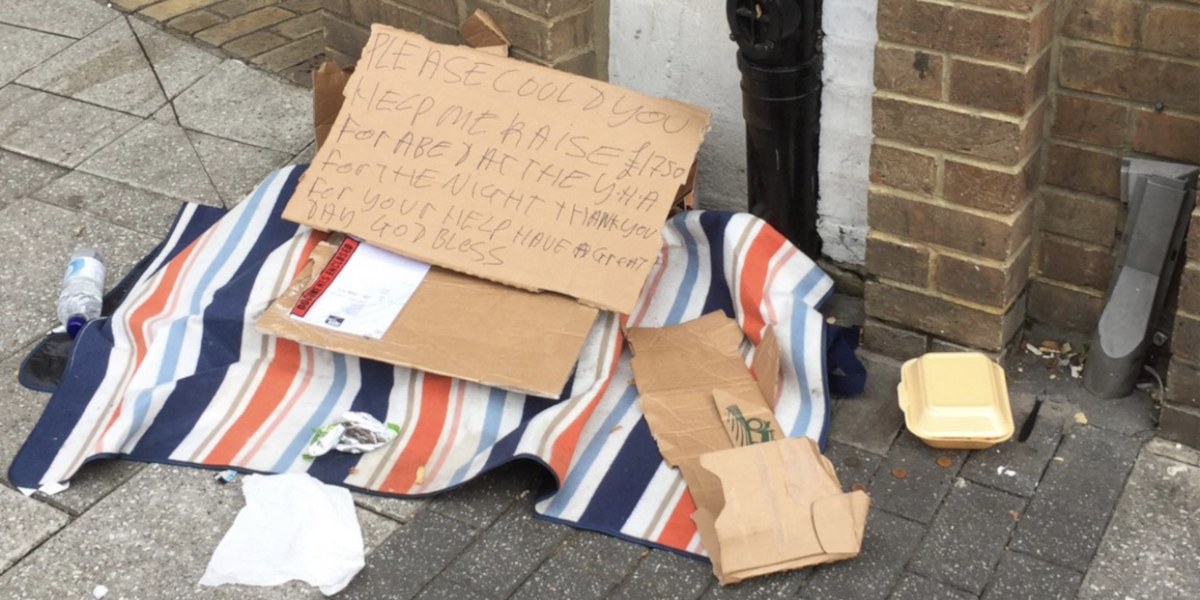 This comes on the disappointing news that Cambridge’s official annual count found 27 individuals sleeping rough when it was held in the early hours of November 23rd. This was up one from the similar count the previous year.

“These scenes of human misery on our streets is something none of us should have to accept as normal,” says one of the authors, Cllr Nichola Harrison. “The whole city could surely agree on this. Whatever people’s politics, this situation can be improved by how we all respond together. There is no outward sign** of much change it since this time last year.”
“A great deal of effort is dedicated to this problem by many services and voluntary sector organisations. We, the public, also have a role to play, but people speak to us, just not knowing how and whether to do something – and whether what they do will bring about positive change or just maintain the status quo.”
“People want answers to questions like these: Is it a good idea to give money to beggars? How sure can we be that shelter is available to individuals? How can individuals be helped back into sustainable healthy lives? We need to develop a consensus on these or we risk making the situation worse instead of better.”
“We came to this subject a year ago knowing little, and discovered that it’s an enormously complex picture. It’s important to spread a better understanding throughout the whole community. This could unleash much more focused support for those who need it.”
Councillors Harrison and Tim Bick represent the Cambridge city centre on the County and City councils, both as Liberal Democrats. They undertook their investigation last winter in response to concerns and questions from the residents they represent. Their 40-page report was welcomed but they feel their analysis of the dynamics on the street should reach a much wider audience.
They have issued a call for one of their recommendations – a Cambridge Charter on rough sleeping and street life issues - to be implemented, to develop and deliver a clear expression of shared community purpose and commitment around which the public and all the organisations involved in this field can rally.
“Many of our recommendations have been seriously examined and we intend to issue a further report on progress. But our recommendation for a Charter so far has not,” says Cllr Bick.
“The system today is fragmented,” he says. “It’s difficult for the public to know who is steering it. The whole subject of rough sleeping is too often treated like a ghost in the room for fear of being misunderstood. While this continues, Cambridge is underplaying its potential to make a positive difference to a tragic situation. A Charter, developed in partnership, with public input, could give everyone’s efforts more shape and meaning. Other cities, like Greater Manchester, have done this and we feel Cambridge should too. We have spoken to many parts of the current system here and there would be a lot of support – but it probably takes the City Council to agree to become the focal point.”
“In any event, with all the effort that goes into addressing this problem here, the problem is getting no smaller. The council does need to be more open to new ideas and to learn from those towns and cities which have seen a significant reduction in these recent figures.”