Shop Mobility will today become a free service to disabled and less mobile people after a year when charges imposed by Labour-run Cambridge City Council sent usage into free-fall. 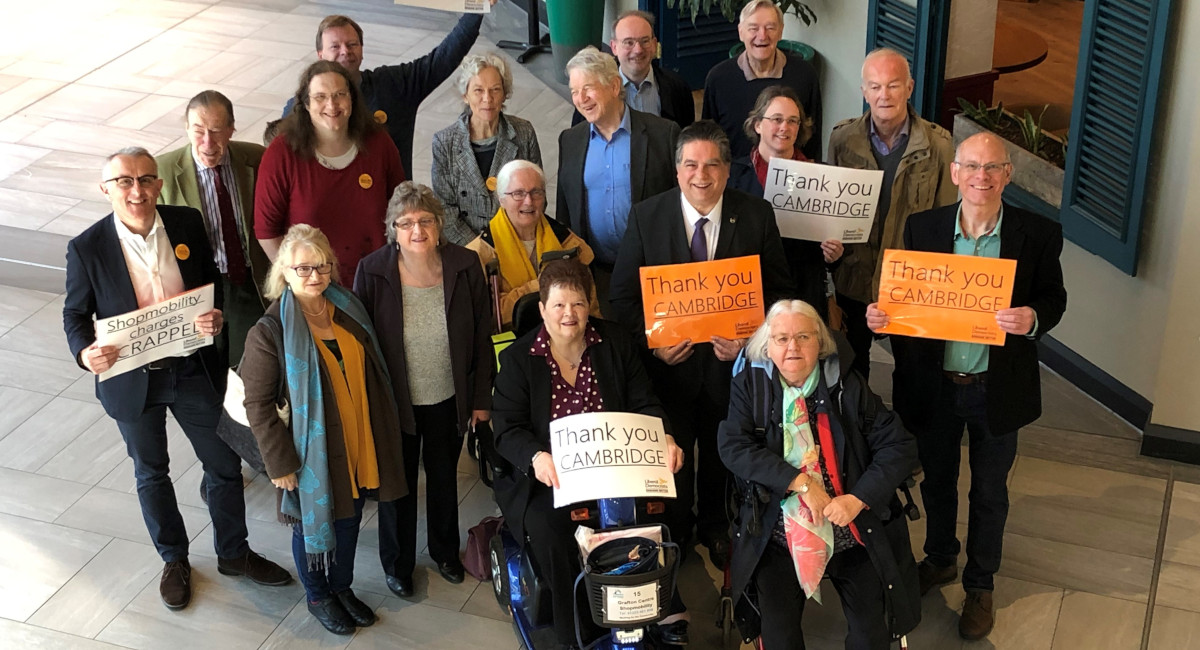 From the start, opposition Lib Dem councillors challenged the policy, forcing numerous votes for it to be dropped which were all steadfastly rejected by majority Labour councillors. A petition with over a thousand signatures was also resisted by the council. Meantime, users of the service spiralled downwards to only one third of previous levels, still staying well below 50% even when the charges were halved.

Eventually a U-turn was conceded at the beginning of January, when Labour’s budget proposals were published. Despite immediate agreement on scrapping the charges across the council, the leadership insisted on continuing to charge users for a further 3 months up to 1st April.

Sue Simms, who uses the Shop Mobility service and presented the petition to the council last year on behalf of the campaign, said:

“I’m obviously pleased that the council eventually recognised its mistake and that the charges have now gone - but they should never have happened in the first place. It was an ill-thought-out decision, given all the money that flows into the council from its car parks. The charges went on for so long, while councillors were turning a deaf ear to the problems, my fear now is that lots of people will have got out of the habit of getting out and about: they might not come back - and just go out less and stay at home more. The council didn’t seem to consider the social impact of isolation, which is a big problem for people who find mobility difficult.”

Cllr Tim Bick, leader of the Lib Dems on the City Council said:

“It’s good to see these charges go and we’re proud to have eventually got them scrapped: they weren’t necessary, they weren’t right and there was far too much obstinacy about changing them. They have been a terrible blemish on the city’s tradition of being inclusive and helping people who suffer a disadvantage. The Labour council believed its own rhetoric about equalities and anti-poverty too much and forgot that it's actions in the real world that people care about. This affected people’s lives and the council should be ashamed. Let’s hope the news can now get out that Cambridge is once again open and inviting disabled people to come back. After an unforgivable interlude, Shop Mobility here is free again!"