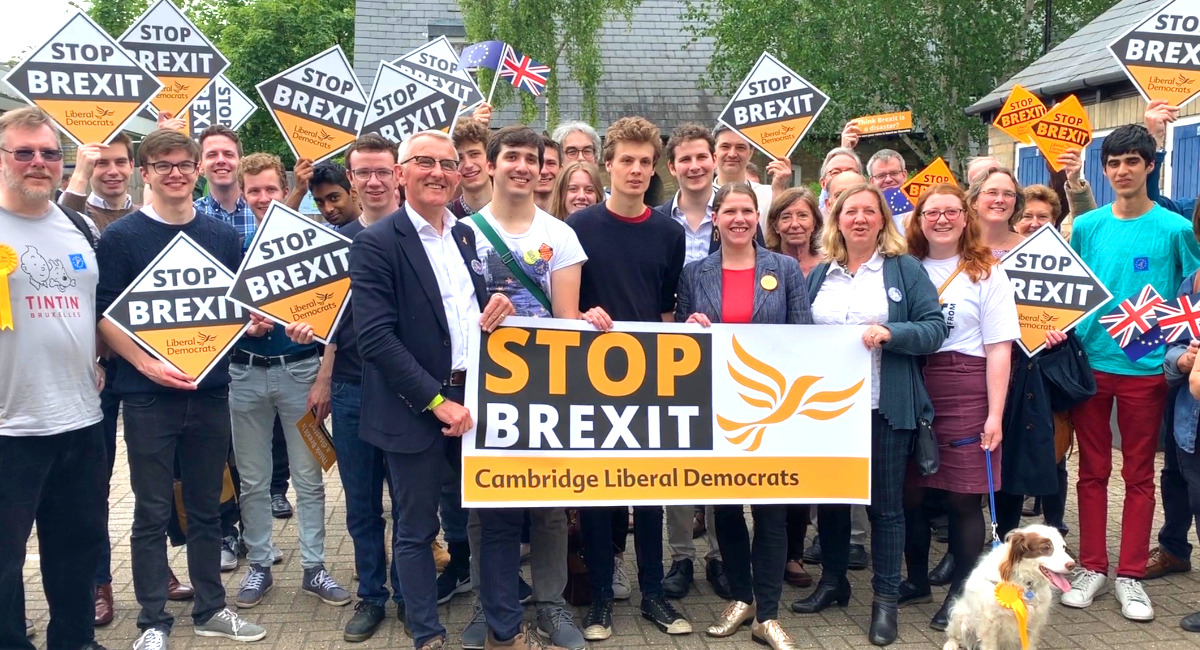 This followed a stirring speech that touched on every aspect of the tumultuous last few years in politics. From losing and regaining her seat in East Dunbartonshire, the brutal murder of the MP Jo Cox, the birth of her baby son who is already the graduate of multiple marches against Brexit and for a People’s Vote, to the opportunity that awaits us in EU elections this Thursday.

With Lib Dems now polling higher even than Labour, it is crystal clear that not only are we the only party to vote for if you support remaining in the EU, but Lib Dems are now the main opposition to the Brexit Party’s backwards, isolationist vision for Britain.

There is still so much to do in the coming days. If you’ve been wondering whether now is the time to get involved – it is. Together we can stop Brexit, but only with your help.

We need to get the message out in the last few days of the campaign and we need to get the voters out on Thursday. There are so many practical ways to help our campaign that will give you the enormous satisfaction on Friday, when a great result comes in, of being able to say “I did that”. To see how you can help, click here.