Representing the city centre as Councillors brings with it a complex set of issues relating to antisocial behaviour, the nighttime economy and criminal activities. Having always enjoyed strong relationships with our neighbourhood police force through biannual reports at the West Central Area Committee, we have taken this further by arranging additional regular face-to-face briefings.

We had the opportunity to raise problems brought to us by residents including drug-dealing in the Brunswick area, mopeds disregarding traffic regulations and bike theft at the railway station. We were pleased to hear that antisocial behaviour reports are actually decreasing and that the city centre team will be expanding over the coming year.

We confirmed that the city centre policing team will retain a base at a police station in central Cambridge and gained useful insight into how the police review licensing requests in the Cumulative Impact Zone. We also discussed crime statistics for the area, which are available at https://www.police.uk/cambridgeshire/CamCity_Cambridge_City/crime/+Gs1t1U/ - although not having access to these in a tabulated form at Committee remains a source of frustration as we aim to recommend police priorities.

As always, the major message for residents is to keep reporting crimes  to the police to give the team the data they need to make arrests. 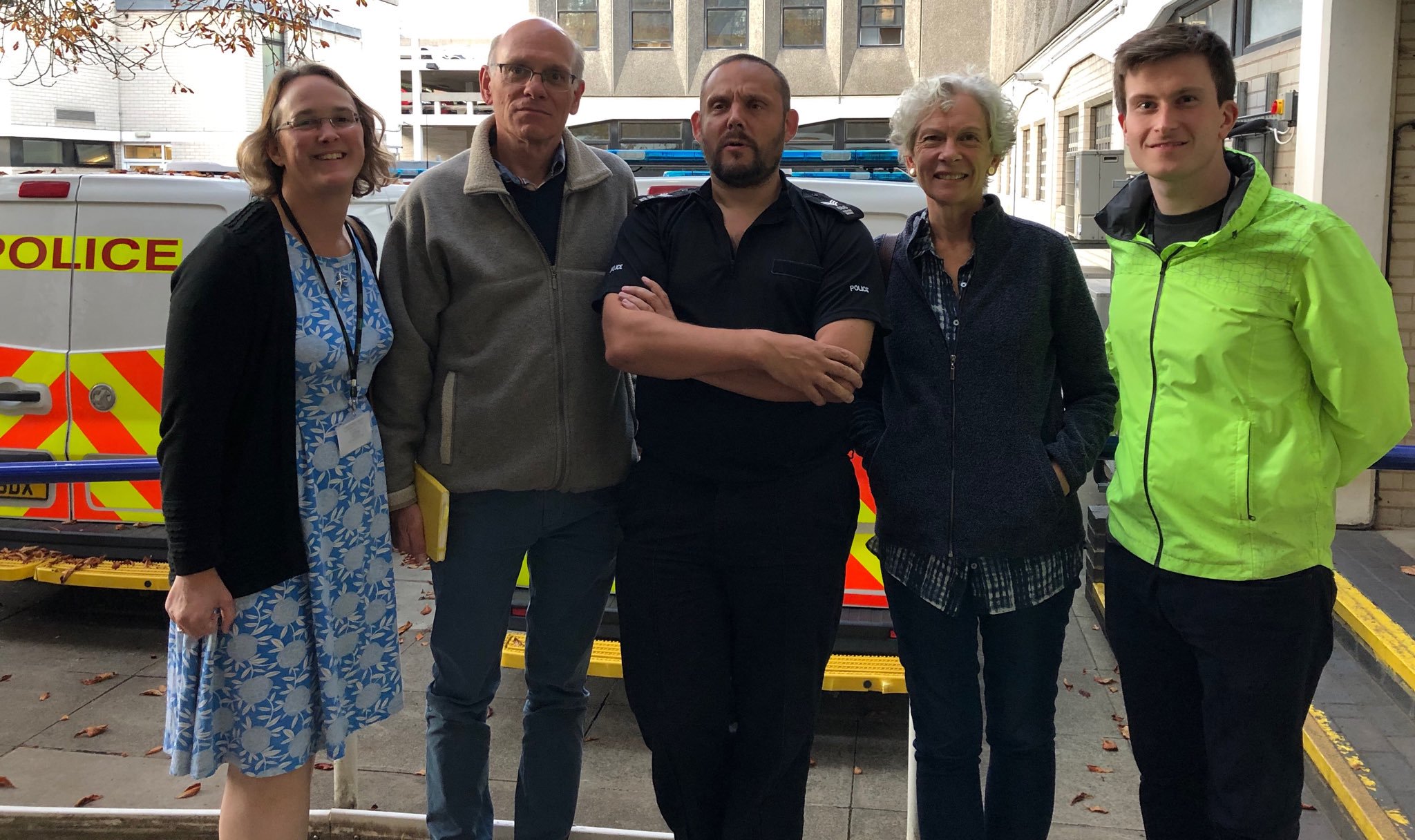