Faulty arithmetic compounds ‘out of control’ complaints at City Council 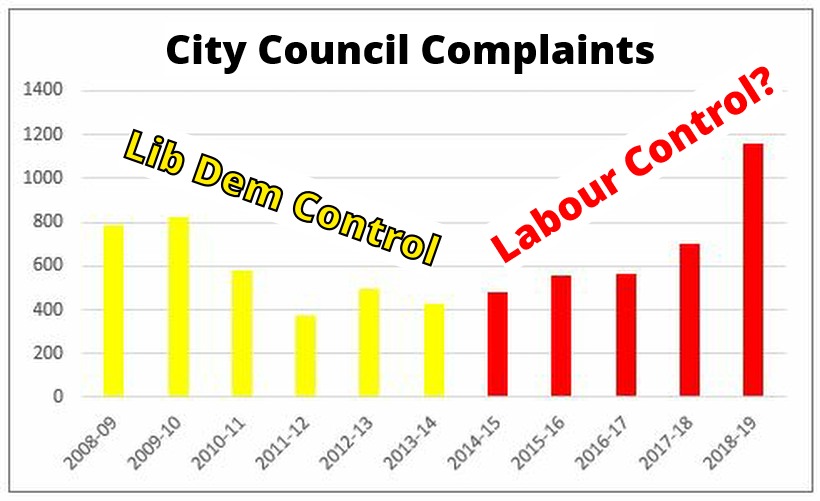 Reports released this week show that Cambridge City Council saw an alarming 66% increase in the number of complaints last year, with deterioration across almost all services. This is the 5th year running in which complaints have increased, with a rise reported every year since the Labour party took control of the Council in 2014.

On top of this, in embarrassingly poor arithmetic the council is reporting a 34% increase in complaints against them compared to last year, when it is in reality up almost double that at 66%.

"We are deeply concerned by further rises in the number of complaints being received from residents of our city. The council’s staff work very hard and they are often left carrying the can for the decisions of their political leaders. After 5 years the Labour City Council is clearly failing in their duty to identify and address problems. Not only have complaints risen each year, but this trend is gathering more and more force, with the number now standing nearly three times higher. It just looks out of control.”

“On the end of these statistics are our residents who are being left deeply frustrated with the council to a degree they go to the length of registering formal complaints. No-one can be satisfied with this situation and it is most disappointing that the council, through poor arithmetic, seems to be passing this off as less serious than it is.”