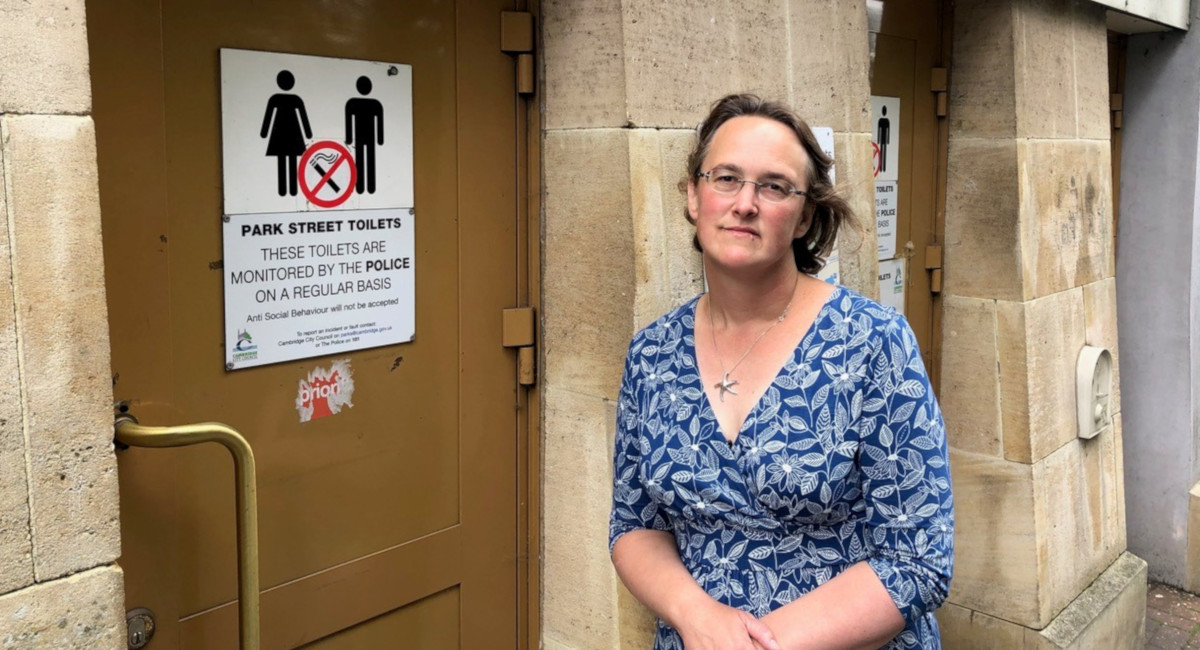 City centre Lib Dem Councillor Katie Porrer is launching a petition calling on the City Council to reverse its decision and is appealing for online signatures at: https://www.cambridgelibdems.org.uk/save-our-public-loos

The City Council’s redevelopment of the Park Street site has been fraught with controversy from the start. Calls for provision of housing there were earlier rejected and it is now destined to become a commercial hotel with public car parking below ground. The council is also facing claims that its new building should be carbon neutral, instead of relying on the gas supply into the future.

“It may not be glamorous enough for Labour council leaders, but many people think that providing public loos is an essential part of what a council does – especially for older and disabled people and for anyone looking after young children. One of the existing loos is designed for people with disabilities. The council has already retreated by failing to maintain these toilets. But they are in a convenient place for bike and car users of the car park and people walking home from the city centre. Regrettably people tend to use nearby back alleyways and residents’ gardens whenever the public loos are out of action.”

“The city council has become dazzled by the opportunity of being a purely commercial property developer – and has quite forgotten its role as a provider of basic public services and local democratic leader. After proudly declaring a climate emergency, it’s incredible that on a publicly-owned site, the council is failing to give a lead in making this building zero carbon, which all new buildings will have to be in the future. Labour councillors should be ashamed of themselves in sponsoring a scheme like this.”

“This redevelopment underlines Labour’s hypocrisy. In the current General Election they are keen to claim they are the absolute defenders of public services, but when they have the chance themselves locally, they hardly think twice about closing public toilets if they are inconvenient as part of a highly commercial scheme. And they were falling over themselves to declare a climate emergency; but instead of translating that into action they are behaving just like any other private developer.”

The petition is worded as follows:

We the undersigned object to the scrapping of public toilets from the council’s redevelopment in Park Street. We call on Cambridge City Council to amend its plans so that it continues to provide this basic public service at this location.

It can be accessed at: https://www.cambridgelibdems.org.uk/save-our-public-loos