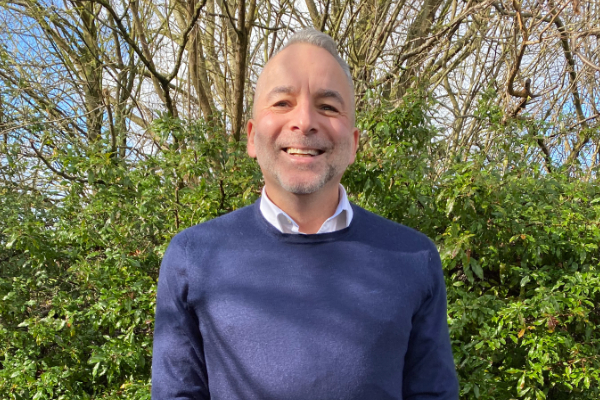 Al was brought up in a single parent home by his mother. Before he turned 18, he joined the RAF as an engineering apprentice. Al served throughout the UK, the Middle East and Northern Ireland while rising through the ranks, before retiring early as a senior officer.

Since retiring from the RAF, Al has dedicated his career to renewable energy, working with start-ups across the East of England.

He has also been able to take on the role of home organiser, supporting his wife’s career while raising their two children, one with special needs who boards weekly and one who goes to school in Newnham.

Al has lived in Cambridge since 2000, and here in Newnham since 2008. It is where Al and his wife chose to raise their family.

Since living in Cambridge, Al has been involved with a number of charities. He was an early trustee of local Children’s mental health charity Blue Smile.

He has also been the founding Chair of the Community Scrutiny Panel for Cambridgeshire Police.

“I am hugely proud of my record of public service,” Al said, “and I would love to continue this record as Newnham’s next Councillor.”