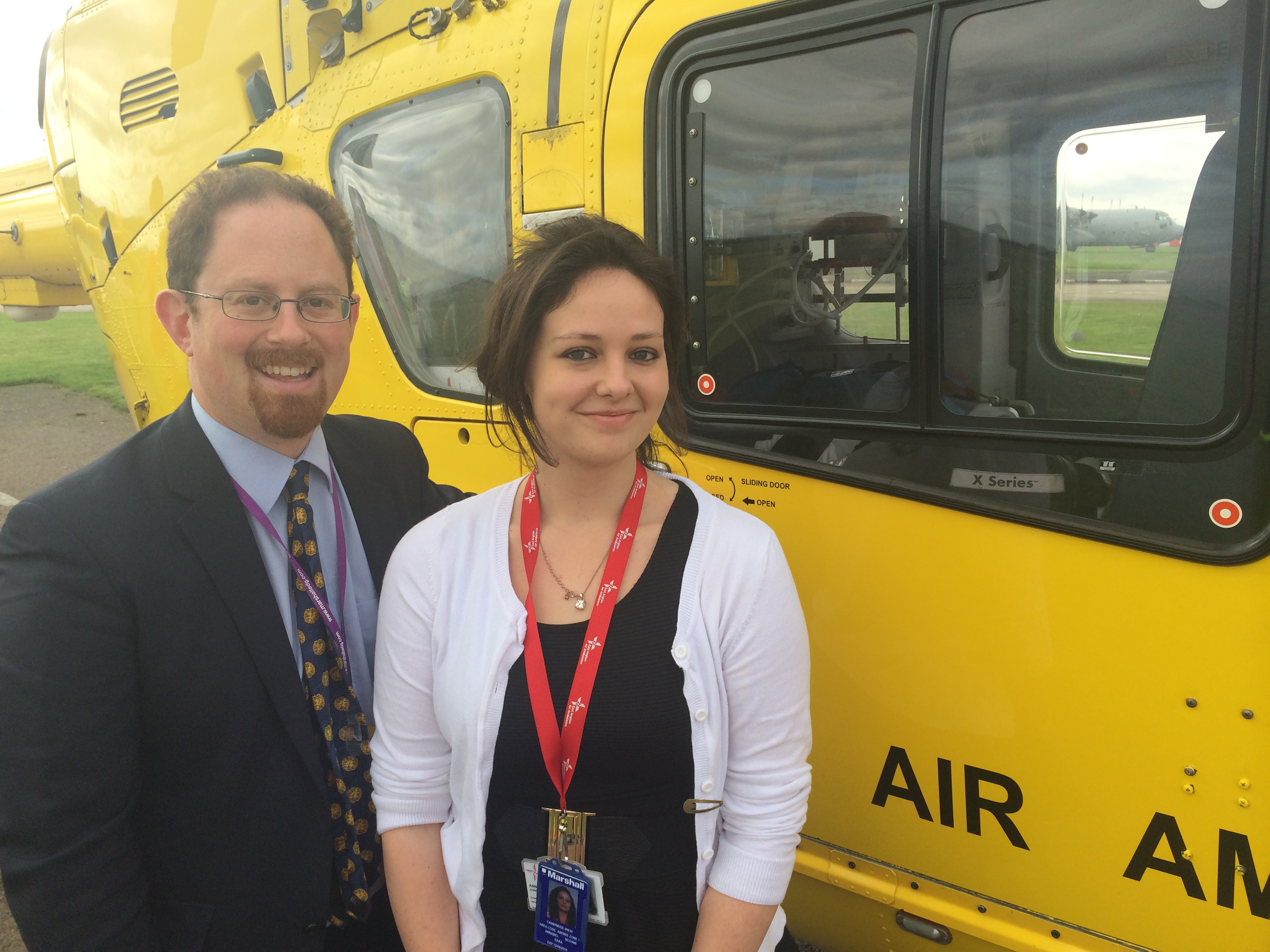 Apprentice Annabel McGinn is off to a flying start after joining the team at the East Anglian Air Ambulance.

Annabel joined EAAA in November 2013 through an apprenticeship programme organized by Cambridge Regional College and her work involves supporting the communications team, responding to enquiries and updating the EAAA website.

She says her apprenticeship has given her the opportunity to gain valuable skills and she now has experience in both marketing and fund-raising which she wouldn’t have achieved if she had gone to university, although she says it might be a possibility for the future.

I was keen to earn my own money and become financially independent,” she said. “Earning my own money also allowed me freedom I hadn’t experienced before.

“By coming into the workplace early, I have realised what job routes I would like to pursue in future,” she said. “This will make future job searches far easier.

“I chose the apprenticeship with EAAA as it was most definitely the most interesting one on offer. It was appealing to me as it could open so many doors from experience in marketing, fundraising and operations.  I’m also very happy to help others, so why not work for a charity that helps people when they need it most and makes a visible difference?”

Julian said: “This is a great opportunity for Annabel. She is clearly learning a great deal working for a leading charity which plays such a crucial role in East Anglian life. And at the same time the charity has a bright, enthusiastic member of the team who clearly loves her role.