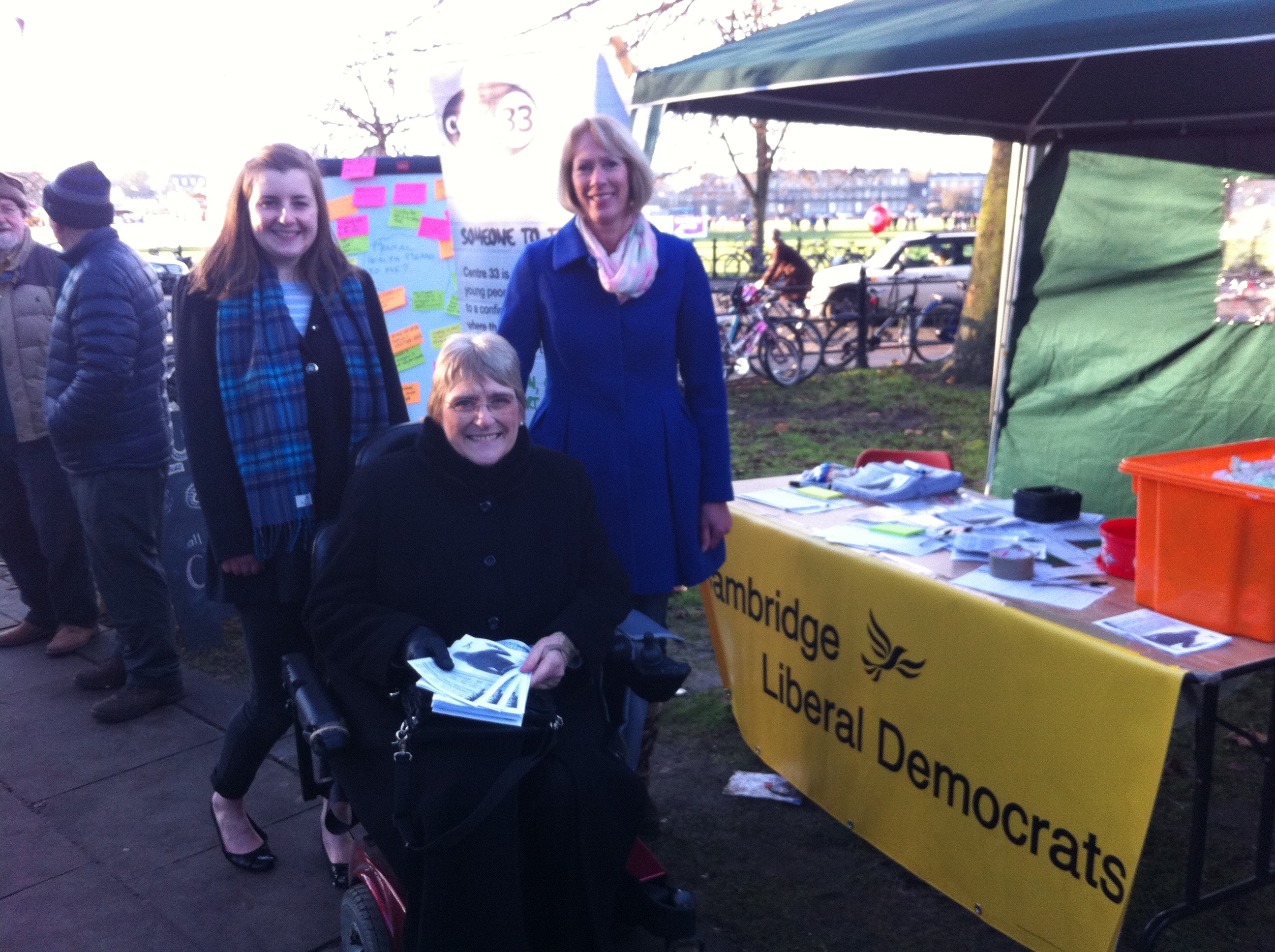 Former Lib Dem Leader of Cambridgeshire County Council and President-elect of the Liberal Democrats, Baroness Brinton, attended the Mill Road Winter fair to support the petition launched by MP Julian Huppert. The petition is aiming to gain an extra £500m a year for treatment and research into Mental Health, as well as funding for Centre 33, which supports young people on a range of issues.