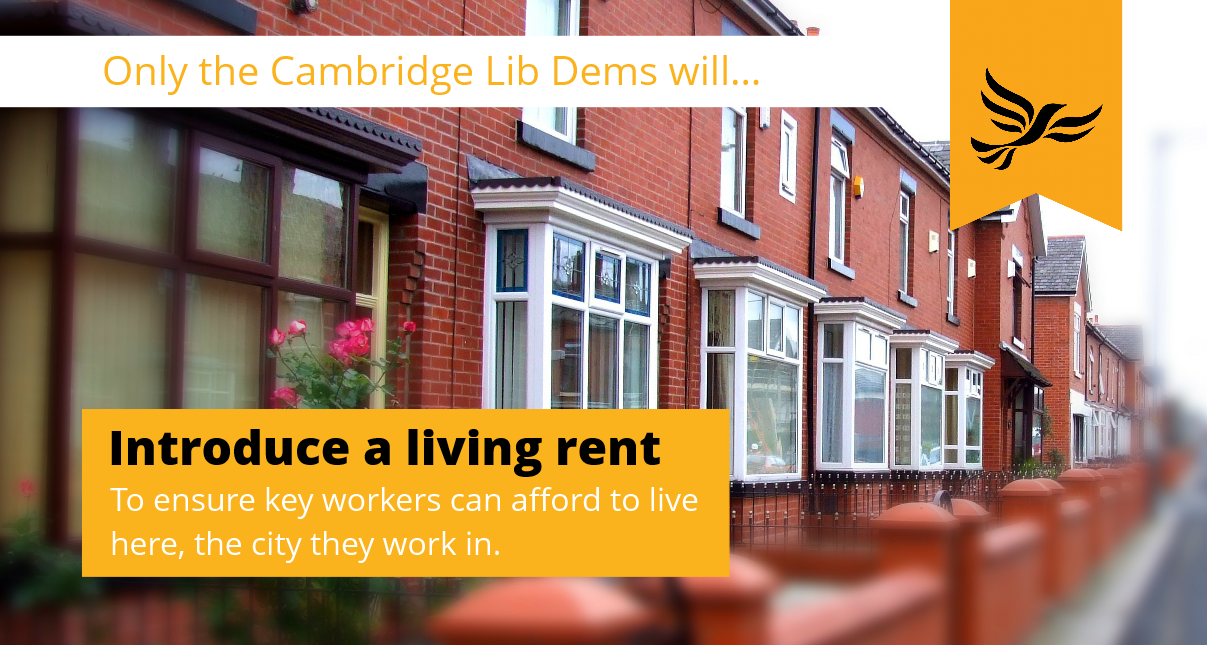 Liberal Democrats will use un-invested council funds which are earning low interest, to purchase 29 existing homes in the city and let them out to key public service workers like teachers and nurses, at rents linked to their income - not unaffordable market rents. This approach has been introduced in London, where there is an equally unaffordable housing market. It has already been adopted here by Cambridge University for its own key workers on its new Eddington development.

Lib Dem Housing spokesperson Cllr Rod Cantrill says: “The difficulties of public service employers recruiting and the struggles of their employees to make ends meet are reaching crisis point in Cambridge. These are the people that are often the glue of the city, on which it relies for it to work. The City Council can do something to help - and we argue it should.”

Community activist Nicky Shepard says: “This measure is addressed at people who may never get to the top of the council’s conventional housing waiting list; yet they are really vital to maintain the civilised standards in the city that the rest of us rely on, such as in schools and medical services. The Living Rent is an approach we should try in Cambridge.”