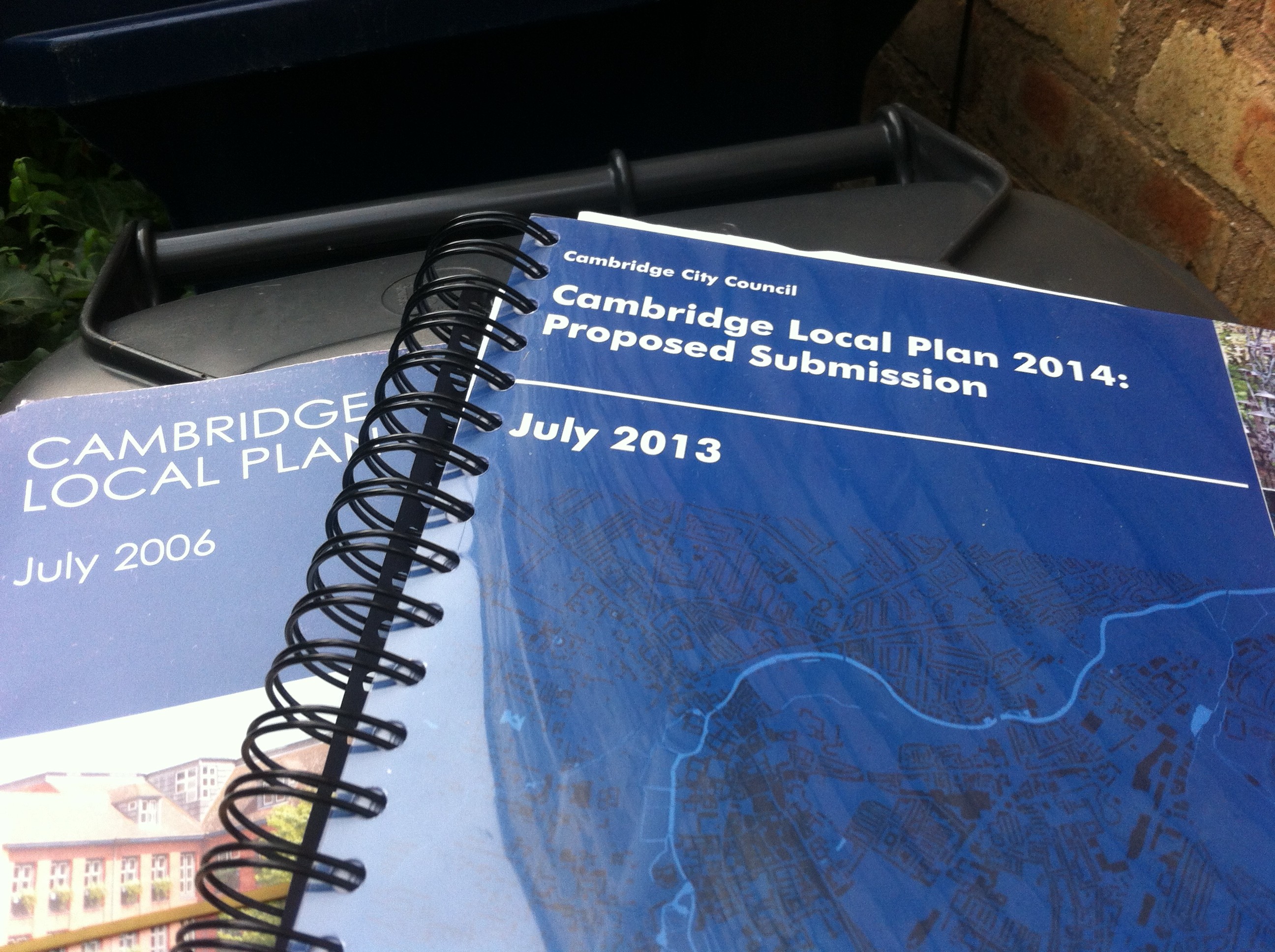 On the 30th November there was a special meeting of the City Council last Monday to approve a new consultation on some modifications to the local plan.  This was agreed unanimously and the consultation has now started and, with a pause over the Christmas period, will continue till Monday 25th January.

It is being done jointly with South Cambridgeshire District Council as the housing and employment area is being treated more-or-less as one.
The places to make comments are
www.cambridge.gov.uk/proposed-modification-consultation or
www.scambs.gov.uk/localplanmods-dec2015
Anyone is free to comment on the modifications:  but the comments are supposed to be on the points that are changing only, not the plan as a whole.

Many of these events in the south of the city because one of the modifications to the local plan is bringing some sites forward in the Cherry Hinton area.  The suggestion is to bring forward building on a piece of land north of Cherry Hinton on the edge of the airport.  The land is not in the green belt and will not affect the airport.  However, there are already concerns about school provision and especially the need for a new secondary school in the east of the city which will be increased if this goes ahead.

This whole consultation is happening because the Inspector asked the two Councils to review parts of the local plan and because the Consultants that were employed, suggested some modifications.

The main changes being suggested include:
• providing for 500 additional homes in South Cambridgeshire by 2031
• releasing a field south of land that has already been allocated to expand the Cambridge Biomedical Campus by around 10%.
• removing the restrictions on when the new town north of Waterbeach and new village at Bourn Airfield could begin
• more land that is earmarked for housing near to Cambridge Airport is now proposed to be developed. The proposals could see 1,200 homes built north of Cherry Hinton and toward Teversham. This would not affect the airport’s operations
• reducing the land made available for employment next to ARM off Cherry Hinton Road

Cllr Catherine Smart said in her speech in the Council meeting,  “if you are being shouted at from both sides, popular wisdom suggests you have got it about right”.  But she added,  “we have something a bit firmer than that because the consultants looked at it again, added the figures up a different way, added a bonus for “market forces” as the latest thinking required – and came to the same figure for the City and 500 more for South Cambs.  We should note that the “market forces” bonus they suggested is the largest in the country.”