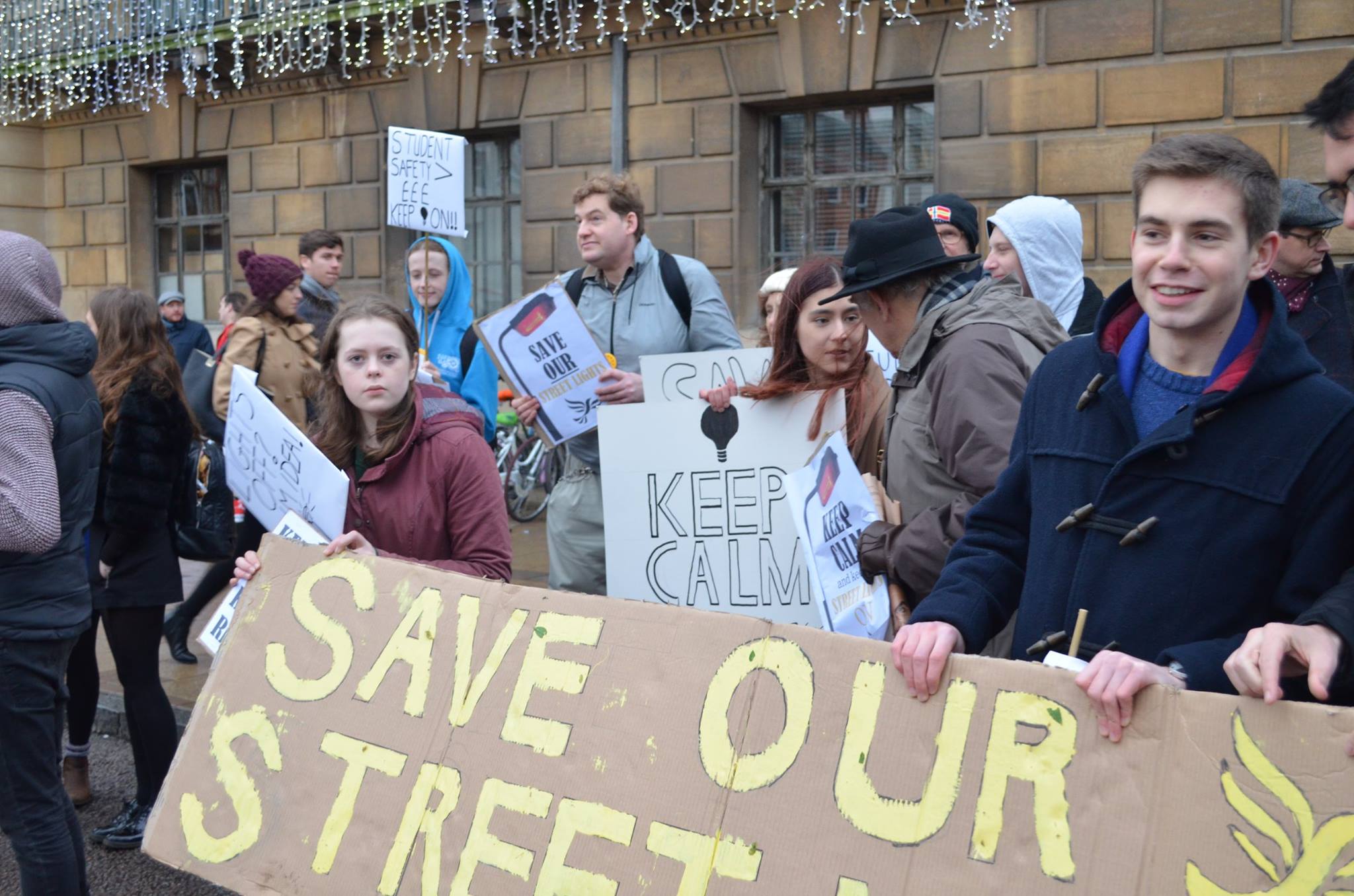 On Saturday the Cambridge Lib Dems took to the streets, protesting against County Council proposals turn off our
street lights.

We were joined by the former Business Sectary, Vince Cable, and ex Cambridge MP, Julian Huppert, along with over 30 other protesters.

The campaign was fronted by the Cambridge Student Liberal Democrats, and Cambridgeshire Liberal Youth as they felt particularly victimised by the planned switch off.

Student campaigns officer and Selwyn Student, Sophie Bell said, “Residents’ safety would be at risk if the Council’s proposals go ahead. They must be stopped!”

Save our street lights is an important campaign for the residents of Cambridge. It has been supported by all corners of society, with a particularly large number of students getting actively involved and signing petitions.

A city wide switch off would jeopardise residents safety, which is why we will continue to campaign to save our street lights.

If you want to take part in the consultation there is still time! Make sure you do before December 11th.