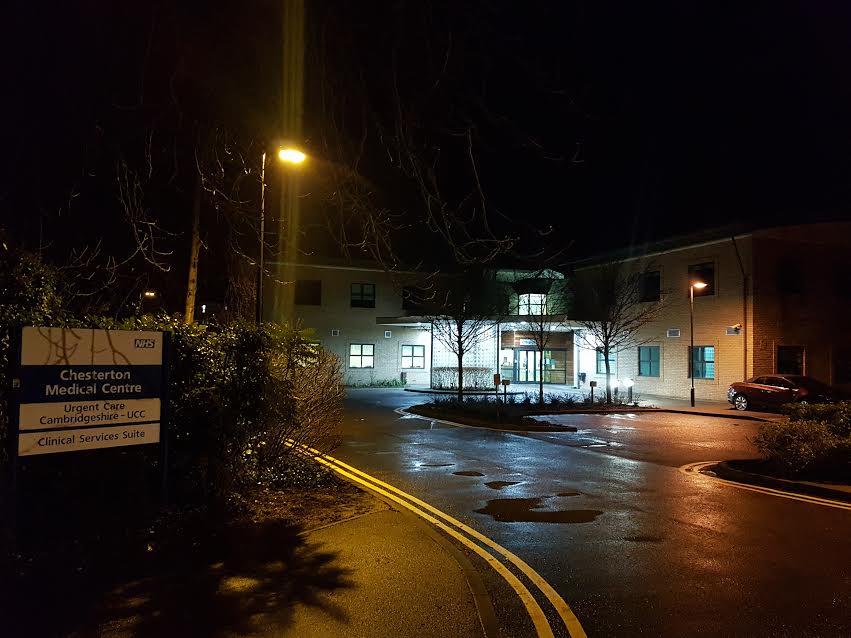 The Cambridge and Peterborough Clinical Commissioning Group (CCG) has launched a consultation on proposals to move the Cambridge Out of Hours GP (OOH) services from the Chesterton Medical Centre (CMC) to Clinic 9 at Addenbrooke’s. The CCG’s website for the proposal can be found here, which includes an important survey which I strongly encourage everyone in our community to complete. The local Labour party have also launched a petition opposing these NHS recommendations.

Last night, I attended the Consultation meeting held at the Meadows Community Centre (itself under the threat of closure), where the CCG briefly presented an outline of the plan before opening up the floor for questions.

The consultation raises a number of significant concerns, many of which were raised during discussions, including:

These issues are compounded as the CB4 postcode, home of the CMC, is the most densely populated and the most deprived in Cambridge. It is also the furthest from Addenbrooke’s hospital.

During the meeting, it became clear that residents are angry with these proposals, which represent further polarisation of our city and the Tory government’s assault on the NHS. For me I found it sad that it is NHS doctors and staff who are increasingly bearing the brunt of these understandable frustrations.

Although the CCG has acknowledged many of the issues these changes may raise, I do not believe that they have provided adequate answers to how they will remedy them. GP home visits were promoted as a way to resolve access issues but it was also repeatedly noted that there is currently a shortage of GPs. No suggestions have been made to solve the transport issues for North Cambridge, and they have not considered the impact of city congestion on local families trying to get to Addenbrooke’s in the early evening. Local campaigner Hilary Cox Condron also questioned the Equalities Impact Assessment, an important question given the issues faced by our local area, and the response was unconvincing.

The CCG proposals are built on the premise that running the OOH services on the same site will help alleviate pressure on the Accident and Emergency (A&E) department by allowing non-emergency patients to be redirected to 24 hour GP services. Although we are all acutely aware of the pressures on A&E services at the moment, the CCG need to present more evidence to support this plan and to address the concerns for our community before it can proceed with these changes to vital local services.

The last comment was made by Val Moore, Chair of Healthwatch Cambridgeshire. She highlighted the need for a detailed Health Impact Assessment before this proposal can be taken further. I couldn’t agree more and I hope the CCG listens to this consultation, pulls back from this proposal and begins to better co-ordinate its efforts with our Council to meet the needs of our community.