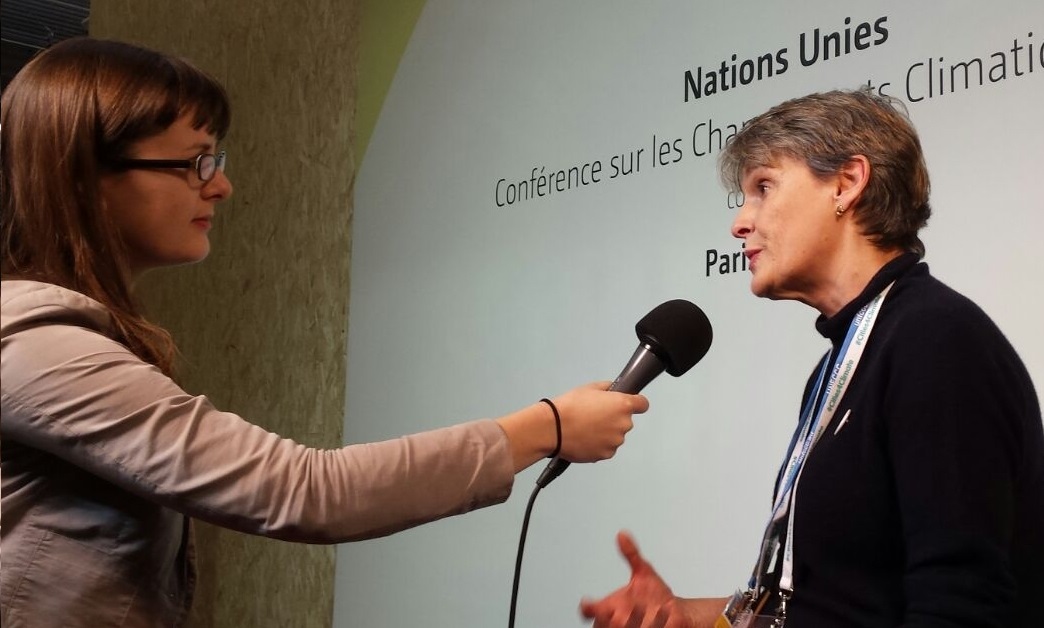 Cambridge City Councillor, Sian Reid, has returned from Paris where she worked to help secure the local role in the monumental climate change deal between almost 200 countries.

Cllr Reid travelled to the French capital as the climate and energy spokesperson for the Council for European Municipalities and Regions (CEMR) – which speaks for European local government.

The final climate agreement explicitly refers to the role of towns and regions in tackling climate change and this is a positive practical step to achieve a real reduction in emissions.

She worked alongside politicians from across Britain and the other nations taking part in the Climate Change Summit to call for agreement between the countries and said: “The deal is testament to the importance of local government’s role in cutting carbon emission and recognition of the work taking place at local level.

“The road was long and difficult,” she said, “but the Climate Summit in Paris has shown that local politicians are committed to getting results, as proved by hundreds of mayors worldwide that signed the Paris Declaration.

“We have shown the value of exchanging our actions and our ambitions, and shown we are vital to success at an international and national level.

“Local governments are at the forefront of taking measures to reduce climate change and mitigate its potentially catastrophic impact on local communities around the world. Their engagement in delivering the COP21 deal is essential.”

The Council of European Municipalities and Regions represents the interests of European local authorities and their associations in more than 40 countries. It promotes citizenship and exchange between elected representatives.