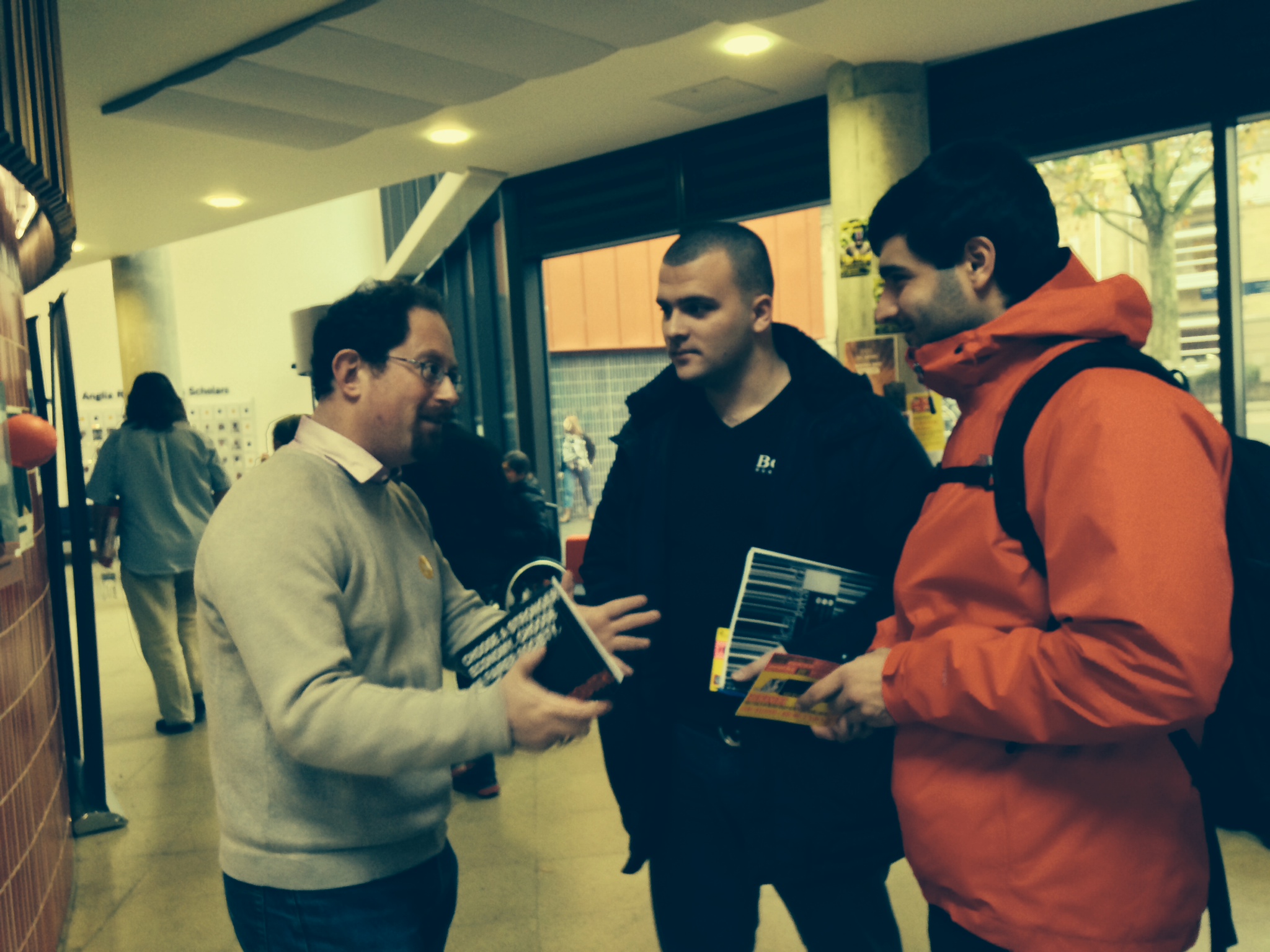 MP Julian Huppert is working with Anglia Ruskin University Student Union campaigning for Cambridge students to be allowed to get the same level of university maintenance loans as those studying in London.

He is worried that the high cost of living in the city is making it difficult for students coming to study at the two universities.

Julian raised the issue with Universities Minister Greg Clark, asking him to match the level of student maintenance loans to those in London for areas where the cost of living is the same or exceeds the average in the capital.

“Students come from across the country to study at our two excellent universities,” said Julian, “and the cost of living in Cambridge for those moving from far cheaper areas can be a real shock.

“The cost of renting accommodation in Cambridge matches the prices charged in London and yet students don’t receive the same level of financial support. This means many of them struggle to make ends meet and have to rely heavily on family or run up high bank overdrafts to pay their way. This is unacceptable.

“We have done a great deal in this government to encourage students from poorer backgrounds to go to university with our bursaries and scholarships programmes. As a result, student numbers are at record levels and we can be proud of that.

“But we need to help students to be able to afford to study in areas where the cost of living is expensive. I don’t want to imagine that anyone would be forced to turn down a place at one of our great universities because they couldn’t afford the cost of living in Cambridge.

“I want to see student maintenance loans for students studying in Cambridge match those payable in London and I will continue pushing on this issue.”

Mr Clark told Julian that decisions on support for tuition and living costs are taken on an annual basis.

And he said that the maintenance grant for the academic year 15/16 would be maintained at this year’s levels.

But he added: “Maximum loans for living costs for new and continuing full-time students will be increased by forecast inflation for 2015/16, 3.34 per cent. The student support package for 16/17 will be announced in due course.”

Sarah Haider, ARUSU Cambridge Student Union Experience Officer said “Cambridge city has been proven to be one of the most expensive cities to live in for students due to rising rental and living costs.

“As a Union we believe that increasing the maintenance loan for students living in Cambridge to be on par with that of London students is the first step towards recognising the financial support necessary for students of Anglia Ruskin to continue living and studying in Cambridge.”

Julie Walkling, Director of Student Services at Anglia Ruskin University, said: “In terms of funding, students at London universities may be eligible to receive over £2,000 more per year compared with those studying outside the capital.

"However, with the cost of living as high in many areas of the South and East of England as it is in parts of London – in particular due to the high price of rental accommodation – the current situation leaves many of our students struggling to balance their budgets.

“A large proportion of our students have to work part-time to supplement their income in order to make ends meet, so any increase in their funding entitlement would make a significant difference.”