Communities get more say on future of pubs after Huppert acts 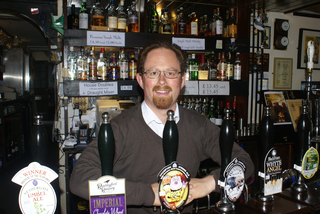 Communities will have a greater say on the future of hundreds of pubs across the country after Cambridge MP Julian Huppert pushed for a change in the law.

Under the new legislation, developers seeking to demolish or change the use of pubs listed as Assets of Community Value will have to apply for planning permission giving residents the chance to have their say on the plans.

Six hundred pubs have already been nominated for the listing under the government’s Community Right to Bid scheme and plans are underway to make the nomination process even simpler so that more pubs can be given protected status.

Julian has fought to give all pubs protection from demolition or development unless planning permission was sought but the amendment to the Infrastructure Bill which he co-sponsored was defeated.

“It isn’t right that buildings with such value to local communities can be converted into houses or supermarkets without giving residents the chance to have their views heard,” he said.

“This move will protect those pubs listed as Assets of Community Value which will safeguard buildings at the heart of local life. There will also be an opportunity for other pubs to be protected in the same way. This is a start.

“I proposed a Bill in 2012 to give pubs greater protection from developers because we have lost so many pubs in Cambridge over the years and across the country generally. And when the Lib Dems ran Cambridge City Council they introduced a planning policy to make sure developers had to apply for planning permission to decide the future of pubs.

“Many people rely on the pub trade for their livelihoods and their jobs, in particular many young people. But they are also a key part of our communities and a valuable part of our heritage. Once they are gone they are lost forever.

“Recently, we managed to get a new clause written into the Small Business Bill to stop large pub companies charging hugely excessive rents and inflated prices to their tenants. This will make a huge difference to the 500 or so publicans tied to big companies across the country. Now we need to act to give greater protection to the pub trade so that it will survive for future generations.”