The Lib Dems have unveiled their four goals for better transport in Cambridge.

Transport is the top concern in the city, with residents and employers desperate to see the City Deal's £500 million spent wisely to transform our transport system.

Cllr Tim Bick, Lib Dem City Group Leader, told us: "We have a great opportunity to get this right - the need for bold, innovative thinking can't be understated. The Lib Dems are offering strong leadership and a coherent strategy."

The Lib Dems say that both Labour and Conservative City Deal leaders have ducked the congestion question and ignored bus services.

Their plan for major infrastructure schemes on city entry roads is flawed: areas will be irreversibly damaged and air pollution will go unchecked. And the extra vehicles will simply join other traffic jams elsewhere in the city.

There is muddled leadership from Conservatives and Labour. They've increased the cost of the Park & Ride and frozen city centre parking charges - the perfect recipe to increase congestion!

Tim added: "Cambridge is crying out for better bus services and improved cycle and walking provision. I'm proud of our vision and hope you back us to transform our transport system."

Our vision for Greater Cambridge, an excerpt from our manifesto: 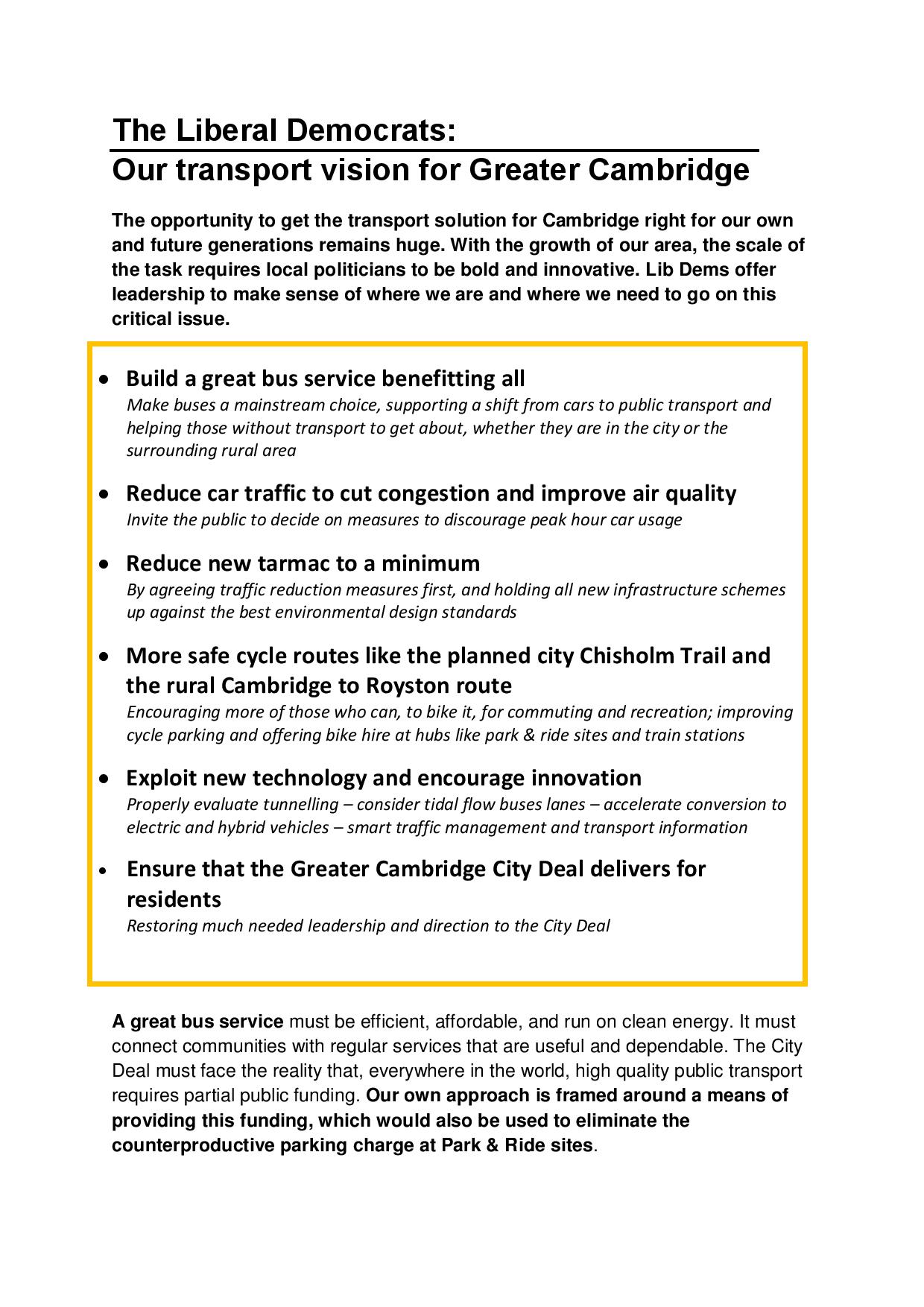 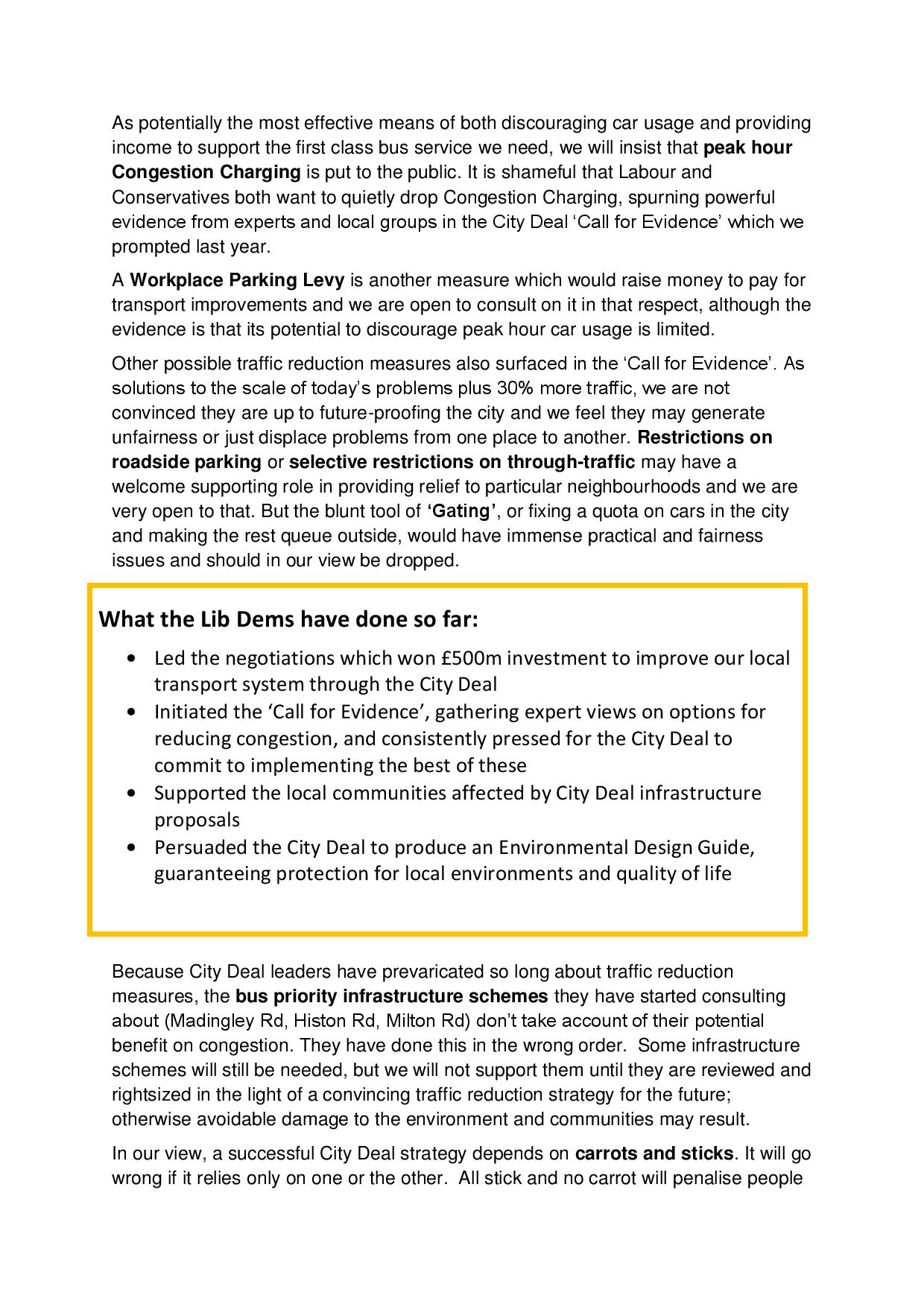 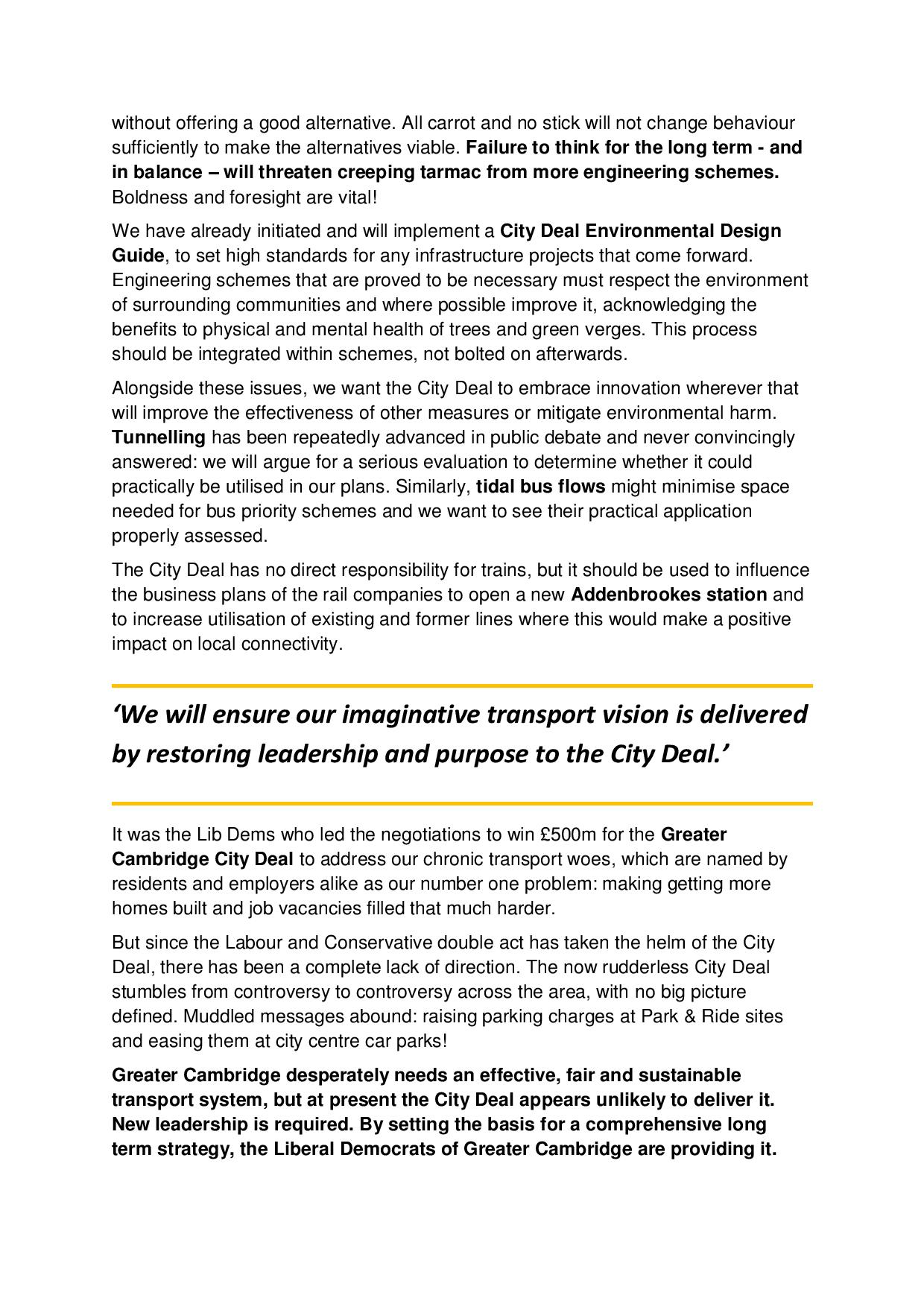 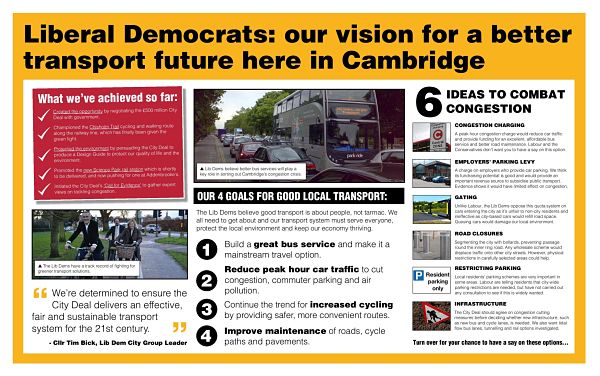 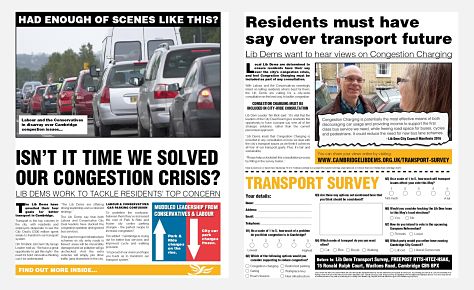