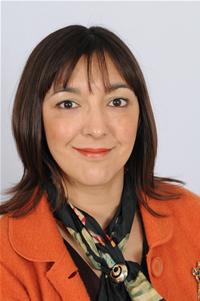 Cambridge Liberal Democrat Councillor Amanda Taylor has raised safety fears over a major county council-run project in the city will is running months behind schedule.

The 37-week scheme to build new cycle lanes in Cambridge’s Hills Road, due to be completed in October is not even half finished.

But Cllr Taylor claims that ironically a project launched to improve safety has had the opposite effect putting cyclists at risk – as well as causing danger to other road users.

She demanded answers from Cambridgeshire County Council which launched the project to improve safety on the road for cyclists and pedestrians.

“This road is used by commuters and students cycling to college and they have had to duck in and out of cycle lanes to manoeuvre round construction vehicles and plant.

“Residents have been unable to get in and out of their drives and pedestrians have had to share the pavements with cyclists. At the same time bus stops have been removed inconveniencing bus passengers.

“It’s ironic that a project designed to improve safety has done completely the opposite. It has not been carried out to the safety standards I would expect of the county council and it is nowhere near completion.”

“There is a lot of local anger about this especially as many residents are sceptical of the benefits of the new cycle lanes.”

Work is starting, however, on the side of Hills Road heading out of the city and another stretch of road has been red-tarmacked.

To reduce the danger to cyclists, the council has agreed the opposite cycleway will remain shared use until both sides of the road are completed.