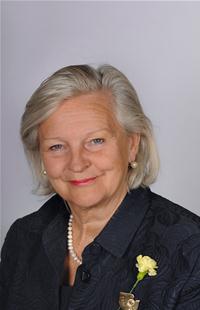 Cllr Holt decided to take matters into her own hands after Cambridgeshire Police and Crime Commissioner, Graham Bright claimed he was unable to investigate individual incidents.

She set up a lone vigil at her landing window sometimes until dawn because she feared someone could be killed or seriously injured by the lorry traffic coming off the A14 slip road at speed.

On one occasion, she witnessed two lorries just feet apart racing through well above the speed limit which she claims poses a real risk for students or others crossing the road after a night out.

She said: “I decided to take matters into my own hands after our Police and Crime Commissioner felt unable to act.

“I soon found there was a pattern to the lorry traffic with a concentration of vehicles between 12.30am and 1am and again between 4.30am and 5am. But worse than that, I saw them tailgating, racing past at speeds well above the permitted limit.

“This really frightened me. If a driver had pulled out of a side road or a pedestrian had tried to cross from Storey’s Way, even if the front lorry driver had been able to slow down or stop the lorry behind certainly would not and the vehicle could have jack-knifed into oncoming traffic or into nearby gardens.”

Cllr Holt added in a letter to Cambridgeshire Police that the response from police to date had been “generally unsatisfactory”.

“It is my contention that by failing to have adequate signage that lorries can and do behave like this more often than I can actually and accurately report,” she said.

“I trust that my information has been helpful and encourages the appropriate action to make the road safe and stop late night running from these very long and physically easily unbalanced vehicles.”