County Council budget surprise as it's 5% 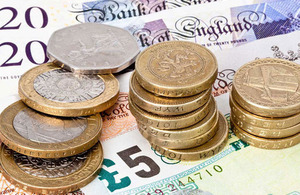 In a surprise move earlier today, Cambridgeshire’s Conservative councillors announced that they plan to increase the county council’s portion of the council tax this year by 2.99 per cent, on top of their planned 2 per cent increase for adult social care.

The move comes as they struggle to plug a budget gap of £4.3 million in their spending plans, and prepare for worse to come.

For several years now, Liberal Democrat councillors have pointed out that increasing council tax is the only way to protect the services local residents value. Inflation takes its toll. The Government has massively reduced its funding to councils. The population is ageing. The number of children in care continues to increase. Patients are stuck in hospital because there is nowhere appropriate for them to move to. Roads crumble.

All of this is familiar and expected – no surprises – but Conservative councillors have chosen not to act, until now. Having resisted pleas to raise the cash needed over the last few years, the funding crisis is more acute than it need have been.

Now that Conservative councillors have belatedly joined the consensus that ‘we can’t go on like this’, the real differences between the parties at Shire Hall are about what to do with the 2.99 per cent (£7.969 million) extra to be raised when the budget is set next month.

All parties must use most of the money to plug that £4.3 million gap.  As for the rest:

The final decision (a foregone conclusion, given the Conservative majority on the council) will be made on Tuesday 6 February.