Five Trees: how should we protect it 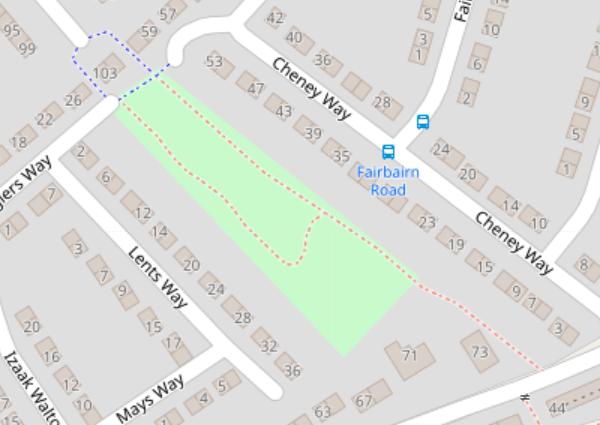 Five Trees is a small, but much loved green area between Fen Road, Cam Causeway, Cheney Way and Lents Way, shown in
the map on the right. The north of the city and East Chesterton, in particular, are lacking in green space and none should be lost!

We want to ensure it is protected from any threat of being built on by thinking about ways we can further improve the space - and we want to know what you think!

Using something called S106 funding the Council is now calling for proposals for improvements to public play areas
and open spaces in the city and especially in East Chesterton. The funding can be used for many types of improvements including play equipment and landscaping features.

Our campaigner Bob has prepared a short document proposing a wildflower meadow be created, which you can read here:  Five Trees Wildflower proposal

Please let us know what you think in our short survey: https://www.cambridgelibdems.org.uk/five_trees_survey

Rumours abound that Labour-run Cambridge City Council is planning to build on all or part of the Five Trees open space. Many of you have already signed our petition to the Council not to reduce any green space in East Chesterton.

At the moment this land is designated “Protected open space” in the Cambridge Local Plan (  https://www.cambridge.gov.uk/media/6892/development-plan-adopted-policies-map.pdf ) - note that this does not mean the Council itself cannot build on it.

Just a few months ago the Labour Executive Councillor for Housing was proposing to build on a substantial proportion of St Albans Rec until a campaign from local residents which was supported by the Lib Dems encouraged them to take their ideas back to the drawing board.