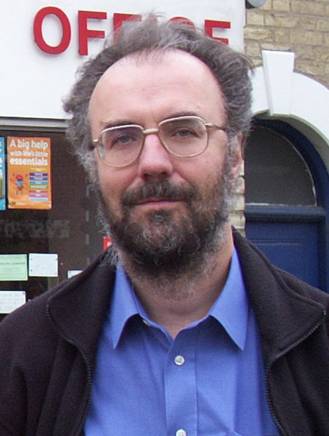 Former Cambridge City Executive Councillor, Tim Ward has been named a Real Ale Champion for fighting to save the city’s pubs.

Tim, who was Executive Councillor for Planning receives the award for leading a change to the council’s planning policies which prevent the demolition or most changes of use of pubs without permission.

The Campaign for Real Ale, making the award, said that the move went beyond what any other local authority had done at the time and remains at the forefront now.

Tim gained cross-party support for the policy which calls for proof that a pub is no longer economically viable or needed by the local community before it can be lost.

Alistair Cook. Public Affairs Officer for the Cambridge and District Campaign for Real Ale: “It is great credit to all city councillors at that time that these policies had cross-party support but they still required formulating and effecting. Opposition to these policies came not from our local politicians but from those who stood to gain financially from pub closures.

“The city council’s policies had been robustly structured such that they were able to stand up to the threat of judicial review.”

He congratulated Tim for not only leading on the policies but also taking an active interest in them.

Tim said: “I am delighted to receive this award. Our pubs are such a vital part of our communities but in the last 10 years we have lost a fifth of them.

“Many of those that survive are on prime city sites and I wanted to make sure that developers couldn’t get their hands on those sites if the pubs were still potentially viable or needed by their communities.

Cambridge Liberal Democrats also raised the so-called Cambridge Amendment in the law calling for a change in the law to protect pubs nationally.

Tim said: “I hope that eventually we can write protection for pubs in legislation so that we can protect them, the jobs they support and the communities they serve.”

Tim will be presented with his award at CAMRA’s gala night this evening (Tuesday, April 21) at 8pm at the Hopbine in Fair Street.