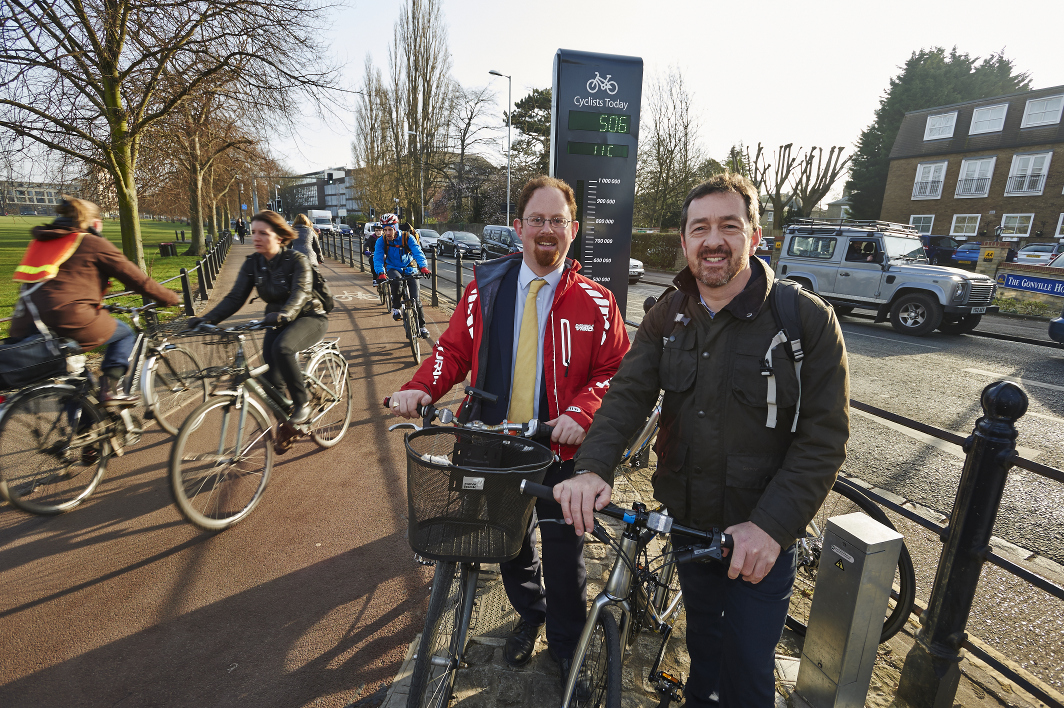 An active transport model based around cycling, walking and public transport could deliver benefits for our economy, the environment and our health. At the same time this could help to ease congestion on our roads.

Julian served as the Liberal Democrat spokesperson on Transport and also Co-Chaired the Parliamentary Cycling Group. He led the ‘Get Britain Cycling’ inquiry and has consistently called for greater investment for cycling and other forms of low-carbon transport.

Julian campaigned for over 15 years for the new Cambridge North train station and repeatedly worked with ministers and civil servants to secure its approval. The station will soon provide improved transport links for local science and business parks – the next challenge is to get more trains to stop there. He and Liberal Democrats in Cambridge have long campaigned for a new train station at Addenbrooke’s to tackle congestion in the south of the city, connected to an East West rail line. Affordable and reliable rail links to and from Cambridge will help local businesses and industries to stay connected, as well as providing crucial locations for housing.