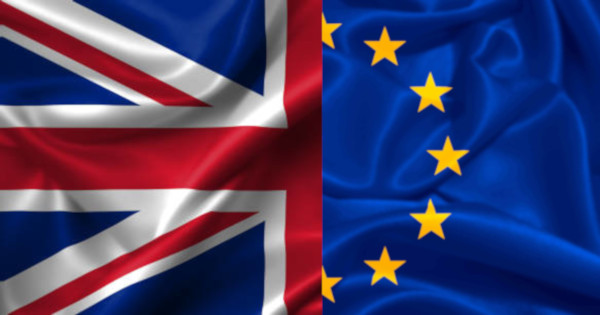 In December 2018, I became a British citizen by naturalisation, and in so doing have also finally become a European Union citizen after living here (in the EU and the UK) for over 10 years.

Now the government intends to proceed with plans to leave the EU and strip me of my citizenship without ever having given me a vote on the issue. I'm sure both remain and leave voters can understand that for many of us, our citizenship is part of our identity.

I am proud to be European and I believe I have the right to have a say in whether I continue to be an EU citizen. Not giving us a vote on this issue should be seen as the disenfranchisement of at least 1.5m young people and recently naturalised British citizens who were not allowed to vote at the time of the 2016 referendum but who now do have the right to vote. Even if one argues that the subsequent 2017 general election superseded the referendum, there are still close to a million of us who will have gained the right to vote since that time.

Article 50 requires that a decision to leave be taken by a Member State "in accordance with its own constitutional requirements." We do not have a written constitution in the UK, and I do not believe this issue has been settled by the courts so it ought to be considered whether what the government is doing should be legal. I don't believe any situation has ever arisen anywhere in the world where a government attempts to deprive its people of their citizenship without replacing it with something equivalent or when the citizenship itself ceases to exist globally. Article 15 of the Universal Declaration of Human Rights sets out that "No one shall be arbitrarily deprived of his nationality." I believe any democratic government should be required to give a meaningful vote to all citizens whose citizenship they intend to take away, so far as is practicable.

Whether you consider the 33 months since the referendum or the 21 months since the general election, too much time has passed and the electorate has changed too much and to proceed without a further poll amounts to arbitrarily depriving a huge number of citizens of a meaningful part of their nationality. I wonder how we can organise to take legal action against the government to prevent them from proceeding with Brexit until it can be decided what are the correct democratic procedures under British law that should be followed for an issue as important as the deprivation of citizenship?

I expect everyone would agree that some amount of time would be too long (imagine if the referendum had been held a century ago and no one allowed to vote in it were still alive), and I think actually it would be possible to not disenfranchise anyone by holding a binding referendum on the proposed date of exit itself - if the electorate confirms their intentions, it goes through (and I would have to accept that), and otherwise it is cancelled entirely.

There are probably good reasons why it would be best not to have so much undecided until the last moment, but taking away our citizenship is so important that it should be more important to make sure we have all been given a say in it. I'd suggest in future the way to avoid such situations would be by not bringing the country to the brink of such a major decision unless a very strong mandate (2/3 or more) for a specific actionable outcome was the result of an initial poll (whether it be a referendum or a general election with major parties divided on the issue).