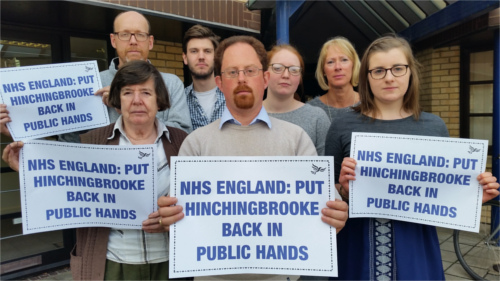 Private company Circle Healthcare has announced it is pulling out of running Hinchingbrooke hospital, leaving its future in limbo.

That a company is willing to announce, mid-winter, that it plans to stop managing a hospital because it can't make a profit, shows the perils of privatising NHS services.

We the undersigned support Julian Huppert MP's call on NHS England to bring Hinchingbrooke Hospital fully back into public ownership and keep it there.

The previous government initiated the process that put the running of Hinchingbrooke Hospital out to the open market. The Department of Health signed off the agreement in 2009, when Andy Burnham was Secretary of State for Health. By February 2010, all public sector bidders had left the process (see this BBC article). The £1bn private sector contract is still the largest ever.