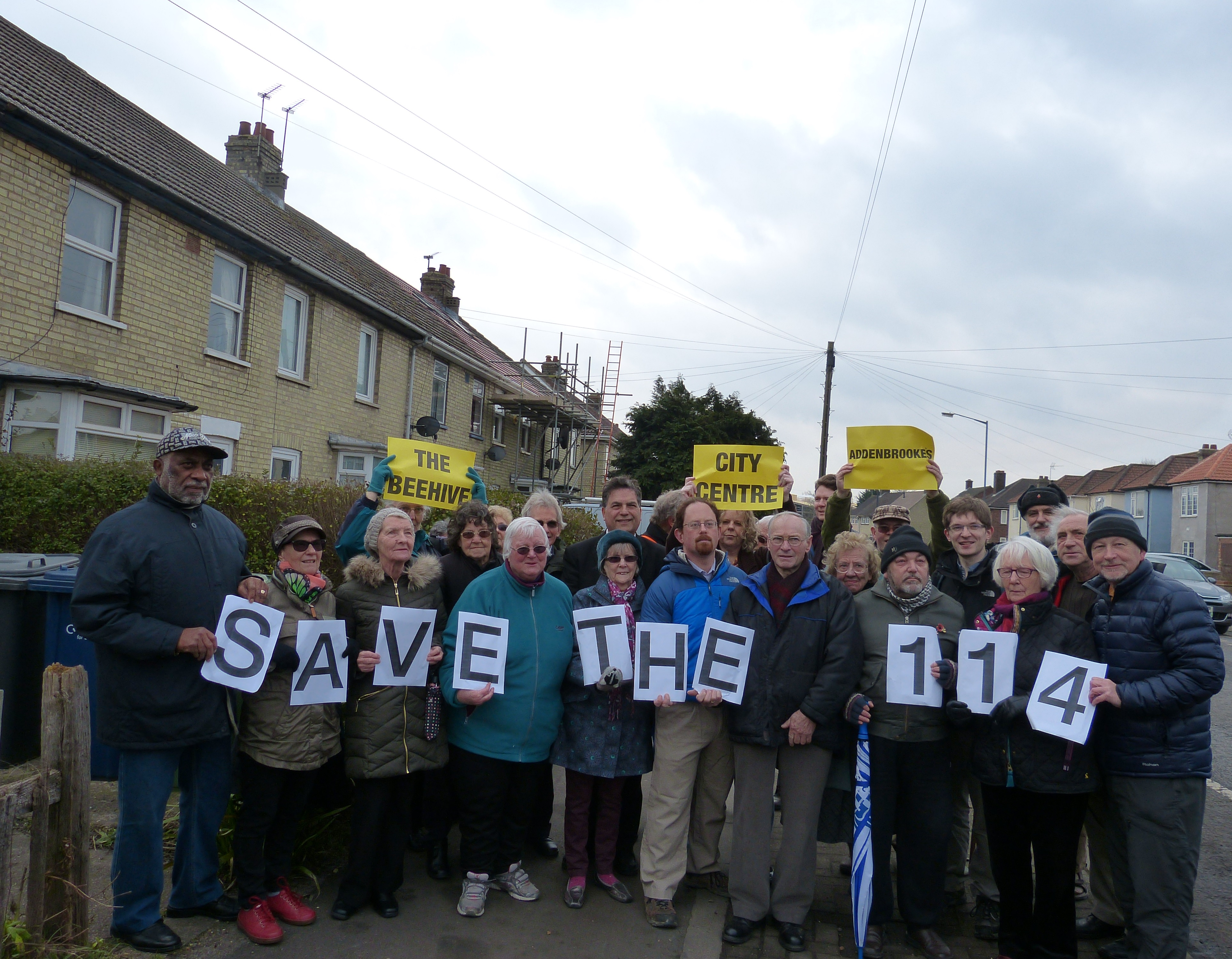 Cambridge MP Julian Huppert is throwing his weight behind a campaign to save and improve a “lifeline” bus service, which serves a large group of older residents across the city.

He wants county transport officials to recommission the 114 service, which runs through Market, Petersfield, Romsey, Coleridge, and Queen Edith's, ferrying residents to the city centre, the Grafton and Beehive shopping centres, and Addenbrooke’s Hospital.

Many of the area’s older residents have described the service as a “lifeline” allowing them to stay independent. But the future of the service is under threat as Cambridgeshire County Council considers cutting the subsidies it pays to companies running services on unprofitable routes to save money.

The County Council had previously planned to cut all bus funding, which would mean the end of the 114 service, but scaled back those cuts to around 50 per cent  in the face of opposition from the Liberal Democrats and local residents.

This means that some funding is available, and following local petitions and surveys showing strong support for keeping the service in roughly its current form the County Council has invited operators, including Tower Transit, to bid for a number of options.

These all involve reducing the service to an hourly frequency, but some options also involve extending the service into peak hours, which would potentially widen the service's passenger base. However, cost is a factor and it is not guaranteed that one of the bids will be accepted.

Julian said: “The 114 is a socially necessary bus service and the local community overwhelmingly wants to see it continue. It allows older residents from less well-served parts of Coleridge, Romsey and Queen Edith's to stay independent for longer and get to Addenbrooke's or town themselves. One lady I spoke to said it is good for her wellbeing, and that it actually reduces pressures on council care services and the NHS."

"I think it makes overwhelming sense for the County Council to recommission this service and I urge it to do so. Cutting the 114 and similar services or gradually reducing them until their patronage makes them unviable is short-sighted. We need to help build up these services, and even if they require some ongoing subsidy that still makes sense. You can't just leave the profitable routes to the market and ignore the rest."

Simon Cooper, a community campaigner from Coleridge, said: "Many Coleridge residents, particularly from the Lichfield Road area, rely on this service to get to Addenbrooke's and the shops. A little community of service users has sprung up around it, with people from Coleridge, Romsey and Queen Ediths getting to know each other and co-ordinating journeys. I hope that the County Council will listen to local people, and give the service a chance to develop and thrive.”