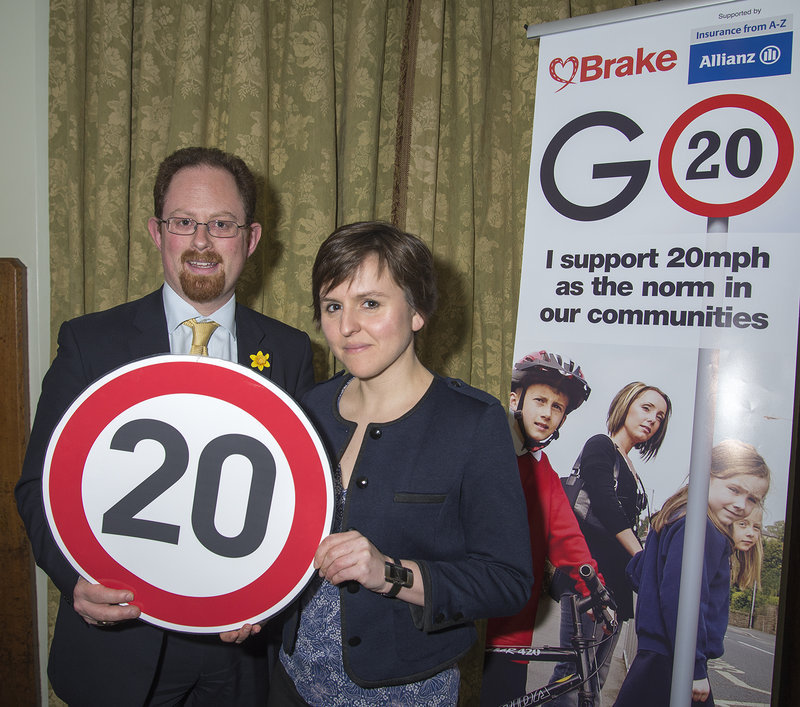 MP Julian Huppert has hosted a Parliamentary reception in support of a national campaign to make 20mph the default urban speed limit.

Julian joined forces with road safety charity, Brake to call on support among MPs for the GO 20 campaign which aims to push the government to change the speed limit across cities, towns and villages.

Speakers at the event included Road Safety Minister, Robert Goodwill, who outlined the government’s position, and bereaved dad, Dave Britt who told how a 20mph limit could have saved his son’s life.

Julian was invited to host the event after the Get Britian Cycling report, which he worked on as co-chair of the All Party Parliamentary Group on Cycling, called on the government to lower the default speed limit along with other recommendations to make cycling safer.

He said: “We are expanding 20mph speed limits in Cambridge because they save lives. This has been proven in areas where these speed limits have been introduced and I want to see 20mph become the default speed limit nationally in built up areas.

“Not only will a lower speed protect pedestrians and cyclists but it will encourage people to walk and cycle more which is good for them and good for the environment.”

Julian’s campaigning for safer roads, walking and cycling, which spans back to 2006, recently won him Brake’s Parliamentarian of the Year: Community Campaigner award.