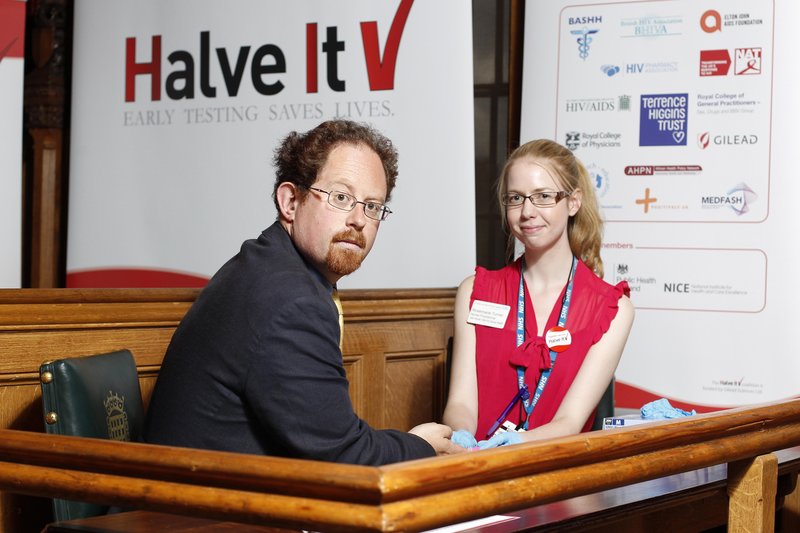 MP Julian Huppert has marked Halfway to World AIDS day by taking an HIV test to highlight the need to increase HIV testing to improve detection and save money.

Julian joined MPs, peers and councillors for the testing which was administered by clinicians from the Chelsea and Westminster Hospital.

The event was staged as an act of solidarity with all those living with HIV across the world and in demonstration of the UK’s policy commitment to HIV testing.

It was organised by the Halve It Coalition – a group of 20 public health and charity organisations including the Elton John AIDS Foundation – and the All Party Parliamentary Group on HIV and AIDS.

Julian said: “The HIV test is very simple but the sooner a diagnosis is made the sooner a person can get the care he or she needs and get on with the rest of their lives.

“If we can ensure that HIV tests become routine we can save lives and make substantial savings to the public health budget.”

In the UK over 98,400 people are living with HIV, 22 per cent of these are undiagnosed and 47 per cent are diagnosed late.

Julian is pictured being given an HIV test by Nurse Practitioner Rosemarie Turner in support of the campaign for routine testing.