Huppert backs move to give publicans a fairer deal 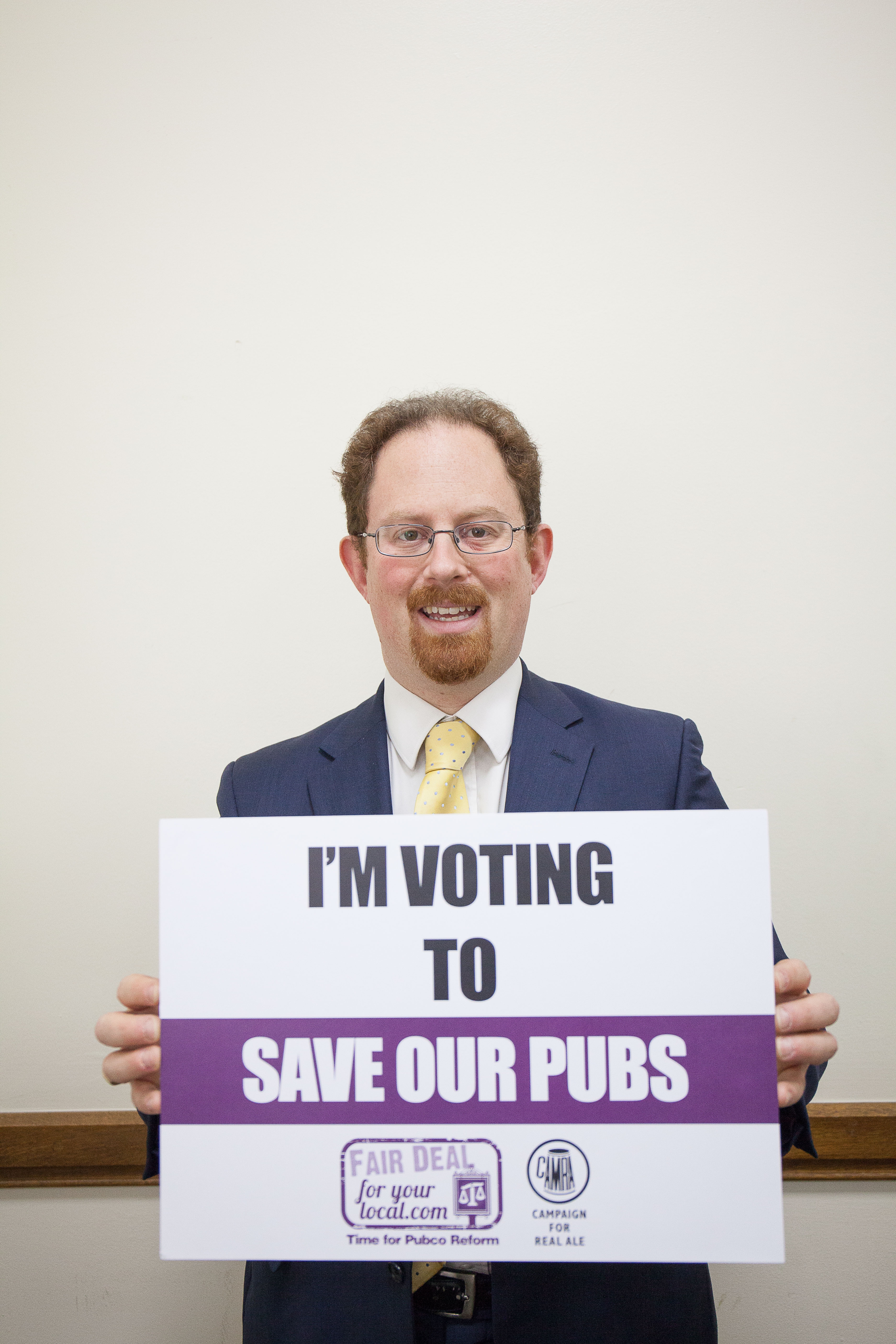 MP Julian Huppert will today (Tuesday, November 18) add his support to a cross-party move to give a fairer deal to publicans.

Julian is backing an amendment to the Small Business Bill before Parliament which, if successful, will mean fairer pricing for landlords working for large pub companies.

The Bill already includes plans for a pubs code and the appointment of an adjudicator to support pub tenants but does not go far enough.

The new clause would mean that publicans tied to the large pub companies – more than 500 – will be allowed to opt for a “market rent only” deal, releasing them from buying their beer from the firms. They would buy on the open market instead at prices up to 70 per cent below what they are currently forced to pay.

“This is a big step forward and could offer a life-line to publicans across the company who are struggling against inflated rental prices and a huge mark-up on beer by the large pub companies,” said Julian.

“Some publicans are earning below the minimum wage with no money to develop their pubs while the pub companies are creaming off huge profits.

“In the last 20 years, we have lost so many good pubs in Cambridge. I am committed to doing everything in my power to give those that remain a future and this is would be a massive help.”

Julian’s fight to save the country’s pubs saw him present his Local Services (Planning) Bill to Parliament. It would give planning authorities the power to prevent the demolition or change of use of a pub or local independent shop without planning permission.

He was named as the Cambridge and District CAMRA Real Ale Champion 2014, and also named as a Parliamentary Beer Champion for his work on this issue and other issues affecting publicans and pub goers.

When the Lib Dems ran Cambridge City Council they established a pub protection policy making it more difficult for pubs to be torn down to develop sites for housing or for the pub to be changed into another business.

The new clause to the Small Business Bill shows that the market rent only option is a simple, cheap to administer and market based solution that would simply give licensees the choice as to whether to pay a fair rent only or stick with a tied agreement. This choice would force the large pub companies to ensure that their tied agreements – where tenants pay marked up prices for beer and other products and services - are competitive, fair and attractive to tenants.

It would only apply to the large pub companies and not the small family-run breweries.

The campaign to allow pub tenants to sign up for a rental only deal has been backed by 212 MPs from all parties so there is a realistic prospect of winning the vote. The amendment is also backed by the national Fair Deal for Your Local campaign which consists of ten leading national organisations, including CAMRA (the Campaign for Real Ale), the Federation of Small Businesses, the Forum for Private Business and licensee organisations.

Tim Page, CAMRA Chief Executive said: “CAMRA is very pleased that Julian has added his name to an amendment, which calls for an important change to improve the relationship between pub-owning companies and their tenants.

“Far too many pubs have been lost permanently as a result of the pub companies squeezing the life out of them with excessive rents and tied beer prices.”

“Allowing pub tenants to choose the best deal for them will put huge commercial pressure on the large pub companies to cut their beer prices to competitive levels.”

John Allan, National Chairman, Federation of Small Businesses, said: “Pubco tenants aren't getting a fair deal and this will continue unless they have the option to go free of tie, with an independently assessed rent.

“Our research showed that the ‘market rent only’ option would bring significant benefits in terms of investment, employment and consumer choice. This New Clause will give MPs the opportunity to ensure that the Small Business Bill provides a fair deal for tied pubs.”