Huppert called in to help families in footpath fight 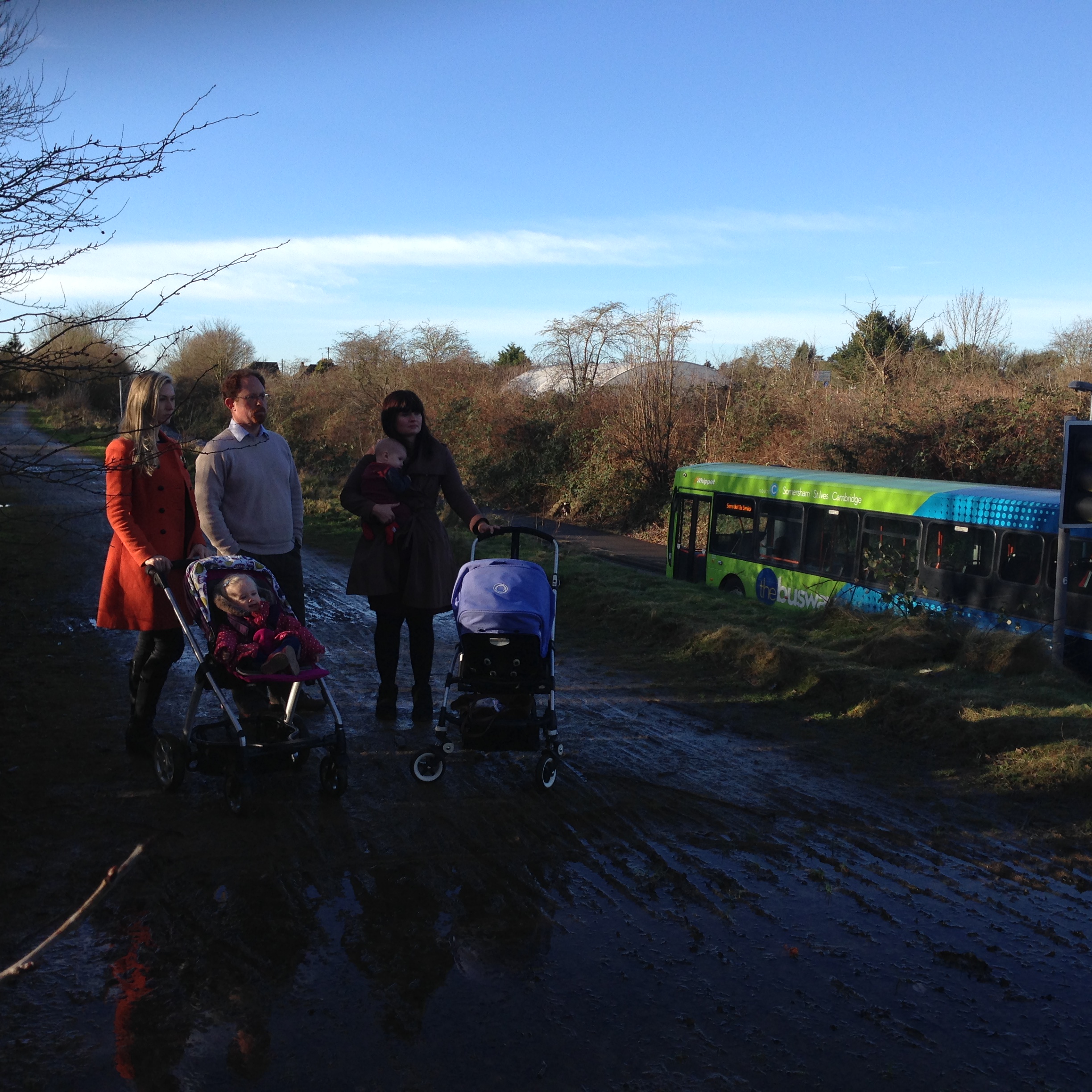 Families living in new houses in Cambridge are fighting a major development company which they claim has failed to make safe a path near their homes.

He met some of the residents of Royal Way today (Friday, January 9) to find out more about the problem.

Residents claim when they bought their homes from Countryside Properties they were assured the path, which leads from Clay Farm through the guided busway and will eventually serve a planned community centre, medical centre and shops, would be made up and adopted by the local authority.

But Camilla Leyland and Oliver Strong claim that more than a year after moving into their new home with their young children the path is muddy with broken wooden fencing and insufficient drainage.

Camilla says the close proximity of the path to her house was a key reason for buying the property.

“Currently the track is dangerous,” she said. “It is dark, swamped with mud and at risk of being impassable as it deteriorates further from ice and rain. People are using the path and it needs to be made safe before someone has an accident.”

Until recently, Oliver walked along the path to reach the station and Camilla claimed he had to take a change of clothes to work because of the state of his shoes and trousers after his journey.

The couple and other residents want Countryside Properties to submit a planning application to either Cambridgeshire County Council or Cambridge City Council so that the path can be made up and adopted.

Julian said: “It is important that families and people walking to the station have a safe route to use and clearly these residents feel they have been promised a proper footpath that has not been provided.

“I will be getting in touch with the developer and the local authorities to see how we can resolve this issue. It is vital that if new facilities are being provided for residents living in these homes that they can get to them safely.”