Huppert fights to bring Hinchingbrooke Hospital back to NHS 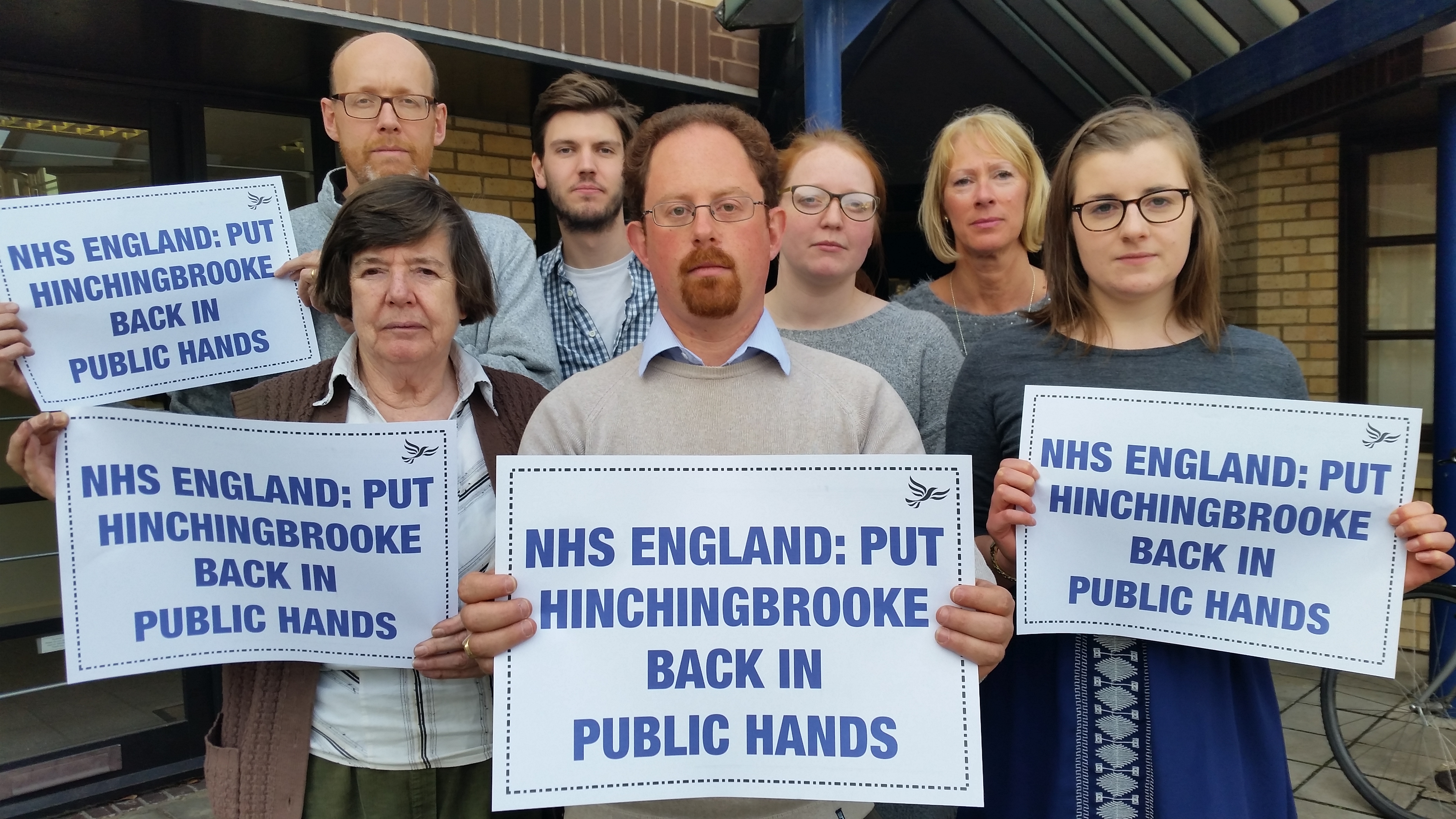 MP Julian Huppert is fighting to bring Hinchingbrooke Hospital back into public management after private healthcare firm, Circle announced plans to pull out.

Julian is leading a campaign calling on the government to take immediate action in a bid to secure the future of the hospital and protect patients and services.

Within hours of the decision, Julian has launched a petition calling for the hospital to be brought back ‘in-house’ in an attempt to put it on a stronger footing.

He warned that the fact that a company is willing to pull out of a £1 billion contract - the largest ever private contract in the NHS – demonstrates the huge danger of privatising the country’s health care.

“Labour initiated the whole process that put the running of Hinchingbrooke Hospital out to the open market in 2009. They acted against union advice which warned that this was a ‘dangerous experiment’ and it has proved to be just that. They signed off the agreement and by the time they left office the following year every NHS bid had been rejected making sure that the contract went to a private company - only Circle, Ramsey and Virgin Care were still in the running.

“Now the private provider has found it couldn’t make a profit and it’s pulling out leaving the whole future of the hospital hanging in the balance. This is a consequence of poor decisions in 2009.

“I want to see this hospital brought back under NHS control as soon as possible. We need to take firm action here. This is why I have consistently warned about the danger of putting our health services out to private ownership. It is why I fought so hard to make sure we kept the private sector out of the running of our elderly people’s services because I believe health care should be run by the people who know it best – the NHS."

“And I have always been deeply concerned that private companies have to satisfy shareholders by turning a good profit. That’s not what the NHS was set up to do. I hope that this situation will make us think twice about private sector involvement.”