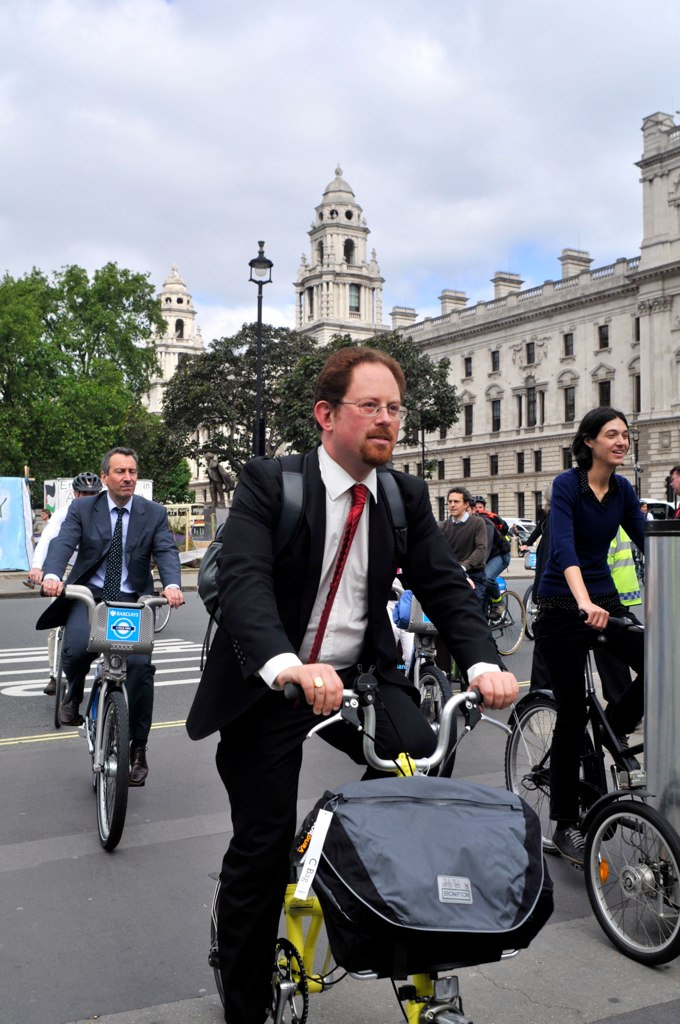 MP Julian Huppert will take his campaign for safer cycling back to Parliament on Thursday (October 16th) reinforcing his call to the Government to implement the recommendations of the Get Britain Cycling inquiry.

Julian led the inquiry which set out 18 recommendations to make cycling safer and encourage more people to cycle.

Among those recommendations were a sustained budget for cycling and a target for 10 per cent of all journeys to be taken by bike by 2026 and 25 per cent by 2050.

“I am determined to keep up the fight to make sure that the Government keeps cycling at the top of its agenda,” said Julian. “If we are to encourage more people to cycle and make it safer for them to do so we need to put the infrastructure and funding in place.

“In Cambridge we have supported cycling, and as a result a third of trips for work or education are done by bike. Congestion would be far worse if that wasn't the case. If we are to do better in Cambridge and across the country, the government needs to implement the recommendations we made after hearing from experts. Our recommendations were supported by everyone from the President of the AA to the pedestrian charity Living Streets.

“Cycling has so much going for it; it’s cheap, healthy and good for the environment, saves money for the NHS, and reduces congestion. But people will only choose to cycle if we support it with the funding it needs.”