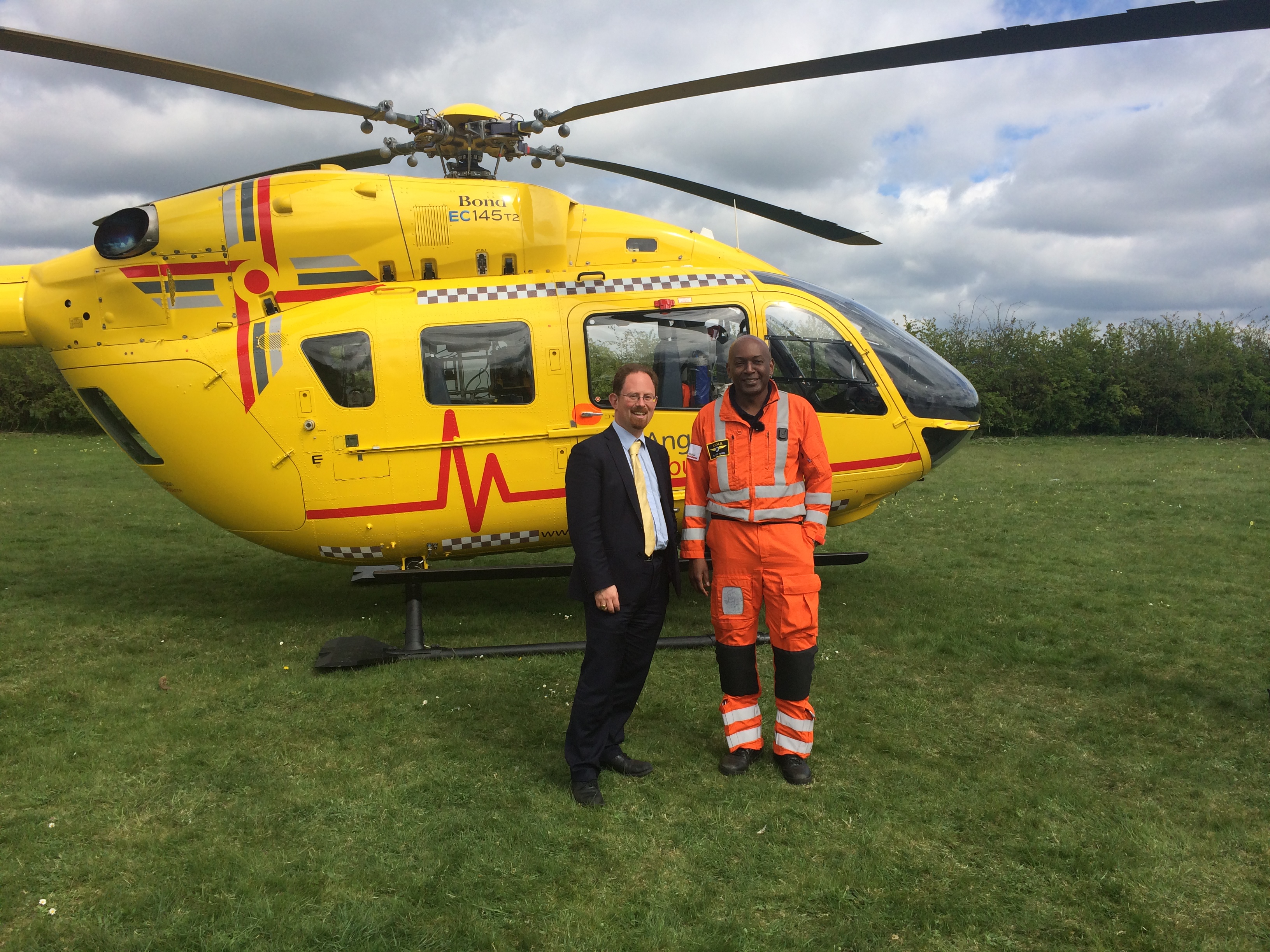 Cambridgeshire’s Air Ambulance service would benefit from £2.5 million raised from under a plan revealed by the Liberal Democrats to make use of part of a fine levied under the Libor banking scandal.

Cambridgeshire’s Air Ambulance service would benefit from £2.5 million raised from under a plan revealed by the Liberal Democrats to make use of part of a fine levied under the Libor banking scandal.

The news has been welcomed by Julian Huppert, Liberal Democrat Parliamentary Candidate for Cambridge who said the investment could make a real difference to the county’s emergency cover.

It could be used to buy another helicopter, provide 24/7 emergency or upgrade helipads at the region’s hospitals – but how it would be spent would be up to the East Anglian Air Ambulance team.

The plan is part of a wider Lib Dem scheme to divide £50 million from the £227 million fine levied on Deutsche Bank equally between Britain’s 20 air ambulance trusts.

Julian said: “It is good to see that this money raised as a result of the appalling Libor scandal could be put to an extremely worthwhile cause. Air ambulances save lives ever year in some of the most distressing and hazardous incidents and yet they have to rely on charitable donations to keep going.

“I was delighted recently to be invited to see the East Anglia Air Ambulance’s new helicopter after we agreed a £1.7 million grant for the charity in the last budget. With this money the charity could do more and I know it is keen to encourage hospitals to build or improve new helipads and make sure that all can be operated at night.”