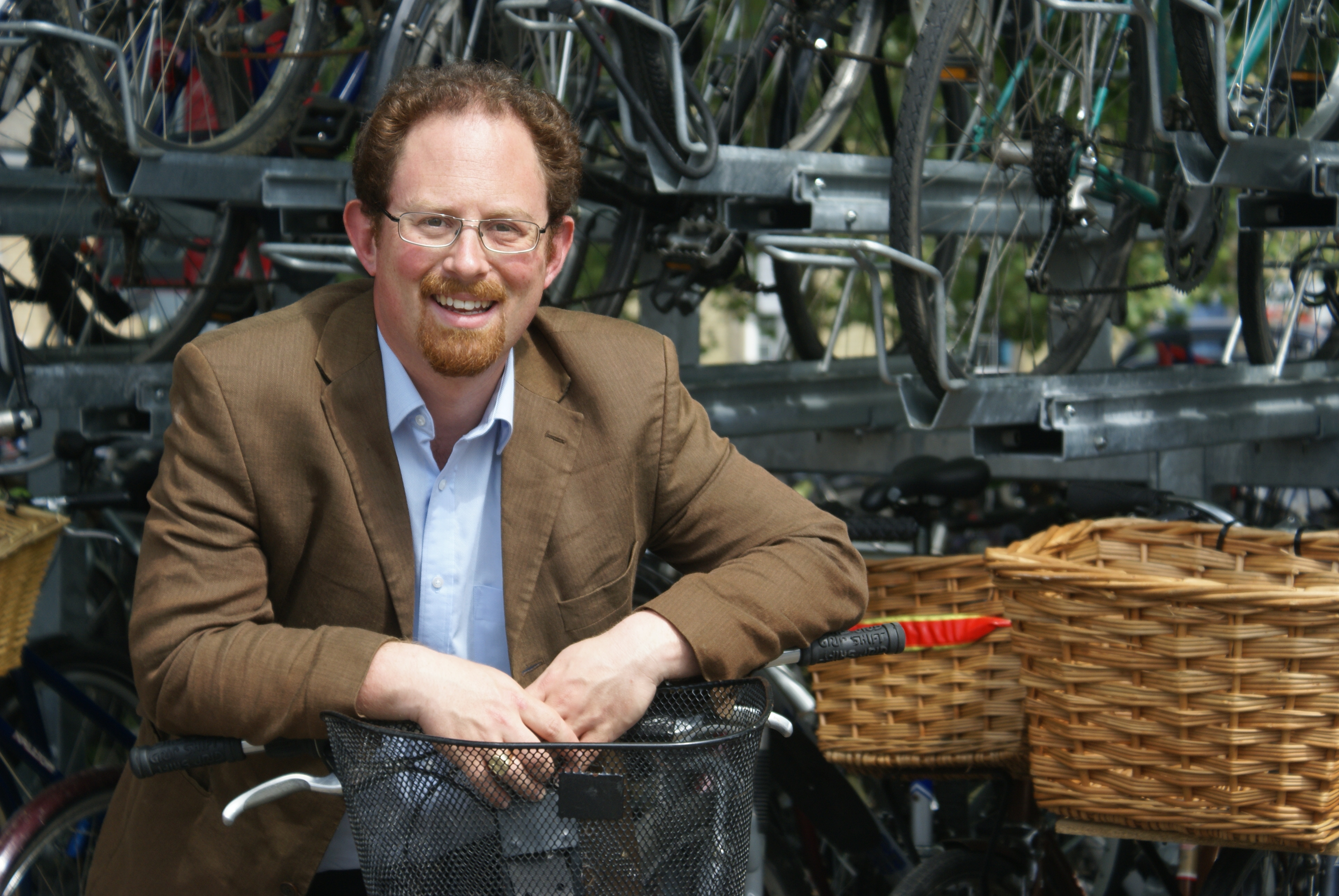 MP Julian Huppert, who has been pushing to keep cycling at the top of the government’s agenda, has welcomed a £114 million investment which will help to speed up safety improvements in Cambridge for cyclists over the next three years.

The money will be used to secure funding to support the £94 million Cycling Ambition Cities Programme from which Cambridge, along with seven other cities, will benefit.

It will be used to secure funding to allow the development of local cycling networks, increase protection for cyclists at junctions and traffic hot spots and help prevent accidents.

Julian said: “This investment is extremely welcome. We have achieved so much in Cambridge for cyclists and pedestrians but we can do so much more with the funding that will come through this programme. The government recognises the importance of Cambridge and the role it plays in encouraging other towns and cities to follow suit and promote cycling.

“We have come a long way in this Parliament in raising the profile of cycling in this country and giving it the investment that has been seriously lacking in the past.”

Julian led the Get Britain Cycling inquiry and the subsequent report which called for a dedicated cycling budget to increase cycle use to 25 per cent of all journeys by 2050.

This latest investment, which Nick Clegg says is designed to double the number of journeys by bike by 2020, brings the total invested in cycling by this government to £588 million.

Chris Boardman said: "The new funds are fantastic for the eight cycling cities – giving them more security to plan for the next three years. The benefits show how investing in cycling will pay dividends.”