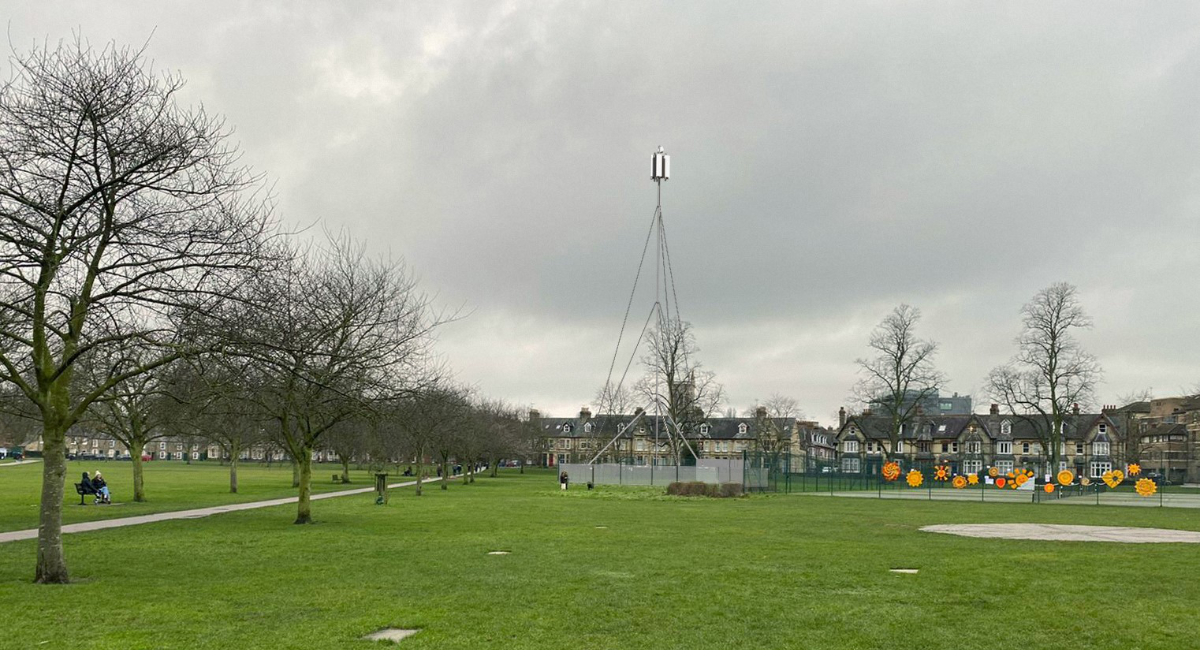 Residents, open spaces champions and local Lib Dem councillors are all up in arms about a proposal to erect a 30 metre high mobile phone mast on the grass tennis courts at Jesus Green.

The application from Waldon Telecom representing the mobile firm EE, was registered last week, and it would also see a series of large boxes of plant and equipment located around the mast at ground level.

The mast proposal arises because the existing antenna on top of the Park Street Car Park needs to be removed with the city council's intention to press ahead with its demolition and redevelopment later this year, without having identified a satisfactory alternative site for it. It is unclear whether the city council, which is responsible for Jesus Green, is willing to sanction its use to site the mast, even if planning approval is granted.

The application is to erect the mast for a temporary period, but opponents fear that without a satisfactory long term solution being identified in advance, it could easily become permanent by default. Despite questions about this in the past, the city council is not proposing to re-house the antenna on top of its new Park Street aparthotel building after it has been built. Campaigners also argue that even with a temporary period, a precedent will have been set and physical damage will remain.

Fighting the mast are: residents who live nearby represented by the Park Street Residents Association; the Jesus Green Association, which champions the amenity and conservation of the public open space; and the Lib Dem city councillors in Market Ward: Katie Porrer, Tim Bick and Anthony Martinelli.

An online petition has been launched calling on the City Council to prevent the erection of the mast and its supporters are calling on all Cambridge people who share their view to add their names: https://www.cambridgelibdems.org.uk/stop_jesus_green_mast. Over 250 people had signed after only 24 hours.

Cllr Anthony Martinelli said: “When we heard about this plan, we could not believe it! It seems to us that the council, in its keenness to carry out its commercial hotel development on Park Street, has forgotten its responsibility to the people of the city and its heritage.

"If we’ve learned one thing during the pandemic, it's that the value we all put on public open spaces is absolutely priceless; but yet again the council is not protecting them in that way. The council should postpone its redevelopment of the car park until a suitable location has been settled on for the phone antenna. Jesus Green should not be used as a buffer of last resort for infrastructure in this way."

Chair of the Park Street Residents Association, Roy MacGregor said: “We feel we are being misled. The council’s own hotel development could easily accommodate new telecoms equipment, which is very limited, can be hosted on the site scaffolding meanwhile. Why spoil Jesus Green and place it next to Park Street Primary School playing fields?"

Nicky Blanning, Chair of the Jesus Green Association, said: "Jesus Green has just been awarded Green Flag status which is a great accolade for the effective management of the open space, its biodiversity and conservation of landscape, buildings and structures. The proposed mobile phone mast and generator will destroy the very nature of this well loved and busy public space."