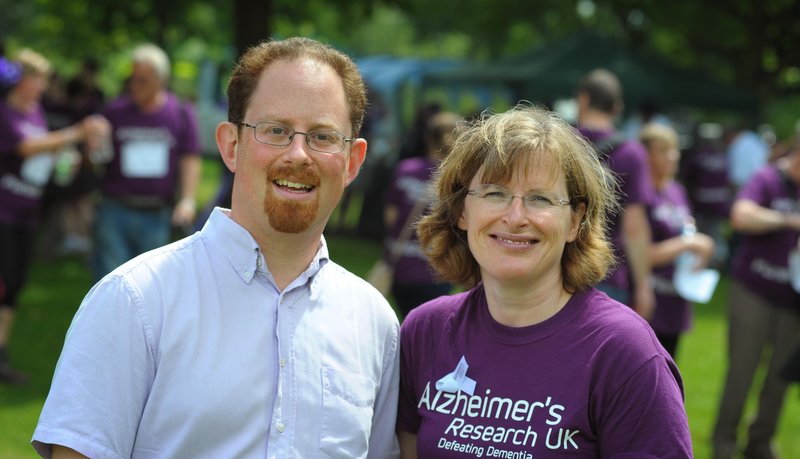 Walkers of all ages strode out for the annual event, which was organised by the UK’s leading dementia research charity and opened by TV medic Dr Pixie McKenna. With over 500 people taking part on the day, it’s hoped the Big Walk will raise £45,000 for dementia research – enough to fund an entire pilot project.

Now in its fourth year, the Big Walk included a 10km challenge that led walkers along the banks of the River Cam, and a 5km challenge winding through Milton Country Park’s popular walking trails. Both routes were filled with families, friends and teams of work colleagues – and some people even brought their pets along for the journey. A festival atmosphere greeted the walkers at their finish point at Milton Country Park, with live music, children’s entertainment and a barbecue.

Dr Pixie, who cut the ribbon to start the walk, and took part in the 5k route with her family, said: “As a doctor I know only too well how challenging dementia is for countless families, and with a lack of treatments available, research is absolutely vital. I’m delighted to give my backing to the Big Walk – it’s a fantastic way to raise much-needed funds for Alzheimer’s Research UK while getting active. We all know exercise is good for our health, and there’s plenty of evidence to suggest that keeping fit can help reduce the risk of dementia, as well as other conditions. Walking is a great form of exercise that most people can do and it was great to take part in the Big Walk.”

Julian welcomed the walkers back from their challenge. He said: “It’s really good to see so many people here raising such a large amount of money for Alzheimer’s Research UK. Alzheimer’s and other dementias are becoming more and more prevalent, and most people here have experienced it in their own families. It’s absolutely essential that we find ways of treating this, so people can live without dementia for longer.”

Jodie Vaughan, Community Fundraising Manager at Alzheimer’s Research UK, said: “We’re delighted that so many people turned out for the Big Walk this year – the day was a huge success! It was fantastic to see everyone setting off with smiles on their faces, and the festival atmosphere was still there at the end of the day.

“The Big Walk is always a great way to bring people together with a common aim: to defeat dementia. We urgently need new, effective treatments for the condition, and research holds the answer. We’re still counting the sponsorship, and if you know someone who took part it’s not too late to donate – every penny raised can help bring new treatments ever closer.”