Julian turns his hand to decorating to help homeless charity 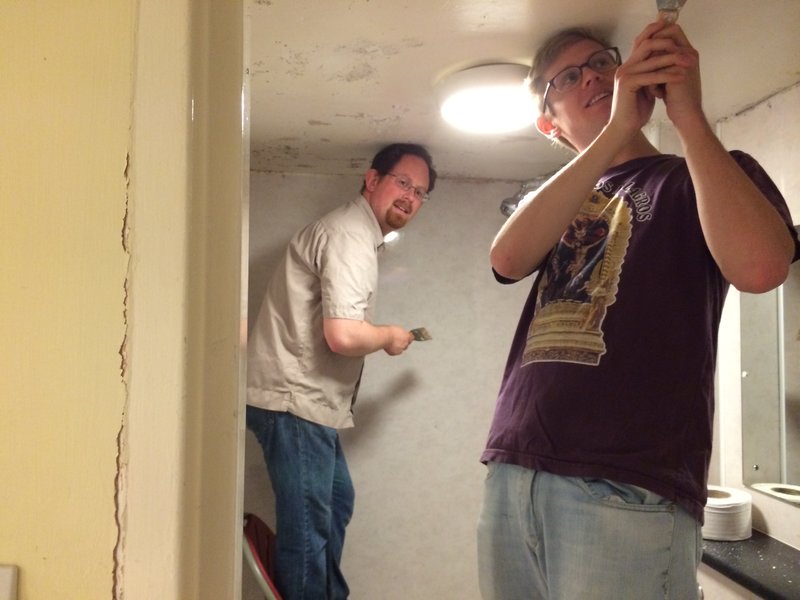 MP Julian Huppert became a painter and decorator for the morning when he was given the job of freshening up a shower at Cambridge’s Wintercomfort centre for the homeless.

Julian was joined by his team from his Cambridge constituency office as part of Give and Gain Day on Friday (May 16).

He was given a scraper and a paintbrush and set to work removing the old paint and mould from the shower in the basement of the building before adding a fresh coat of mould-proof paint.

While Julian tackled the shower, other members of his staff spent a couple of hours painting fencing and trellis alongside a team from Cambridge’s Lloyds Bank who were also supporting the charity day.

The event was organised by Business in the Community for the fourth year running to encourage workers across the world to use their skills to help society.

Julian said: “Give and Gain Day is a brilliant idea. I have some very talented people working for me and it was good opportunity for all of us to go out and use some of our skills to help such a worthwhile charity.

“Everyone was keen to get involved and as a result, the staff at Wintercomfort were able to get some help with a number of important jobs.”

James Martin, Services Manager for Winter Comfort said: “Julian and his team did a sterling job for Give and Gain day here at Wintercomfort.

“It was great to see our local MP pitching in and getting his hands dirty to help a worthwhile cause. Julian did a great job scraping, cleaning and painting our shower here at Wintercomfort, helping to provide better facilities for those sleeping rough and vulnerably housed in the city.”

Julian is pictured getting to work on the shower with the help of Pancho Lewis, a member of his constituency office team.