On Sunday (14 May) Julian, the Liberal Democrat candidate for Cambridge, presented trophies at the Tommy McClafferty Cup, a 5-a-side football tournament for local homeless organisations. This year Cambridge Constabulary beat the Emmaus Cambridge team 5-1 to take the trophy. 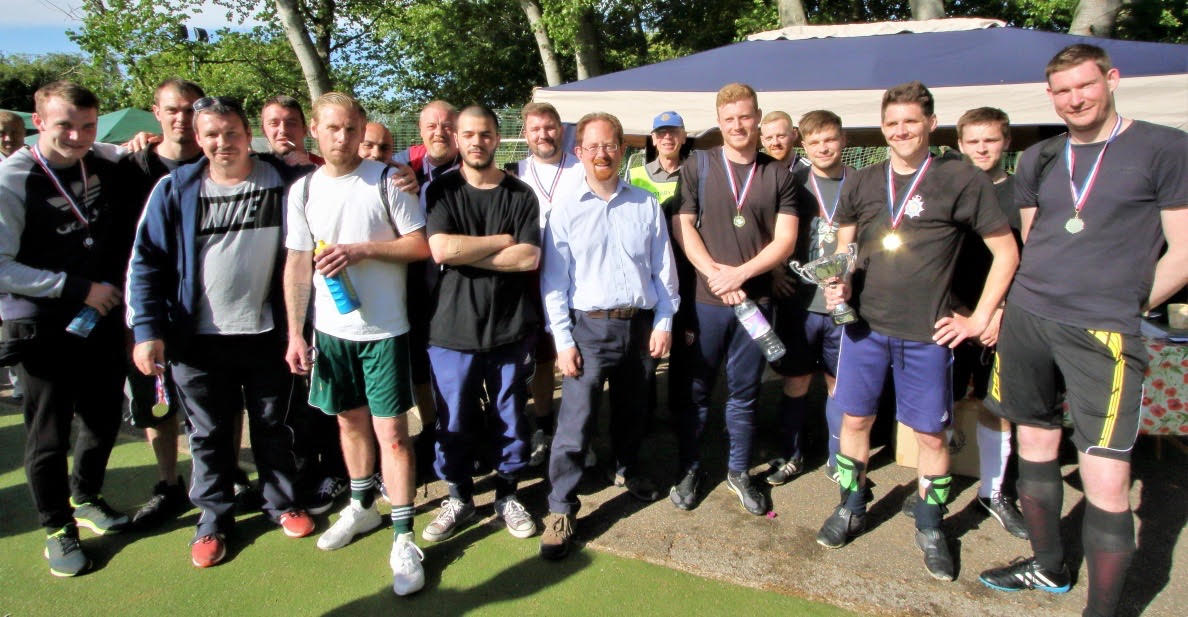 Held at the Abbey Leisure Complex, teams from Link-Up, Winter Comfort, Jimmy's Night Shelter, the Cyrenians, Emmaus and YMCA took part in the tournament with support from Cambridge United Football Club, Cambridge South Rotary Club, Cambridge City Council and Cambridge Link-Up.
After presenting the winning trophies and medals Julian said:
“It was a real pleasure to be invited to take part in this year’s Tommy McClafferty Cup and chat to some of the players. The atmosphere was brilliant and everyone played hard. As well as being a really enjoyable event I hope the tournament has helped to give a boost to the homeless organisations who took part."
Tournament organiser and Cambridge South Rotary Club member, Mike Smith, commented:
“It’s great to work with the homeless in Cambridge and to organise this tournament. The Rotary Club is delighted to receive the support of Julian in presenting the trophies. I know that Julian has worked tirelessly to support the homeless and he is also a valued supporter of our Rotary Club.
“The homeless have had great fun and I believe that the tournament has helped to raise their self-esteem by playing against others teams, including those from the police and Cambridge City Council Housing."
Emma Hyde, Chair of Cambridge Link-Up, added:
“It’s great to work alongside Julian again, with his empathetic, non-judgemental and proactive approach to working with homeless people.”