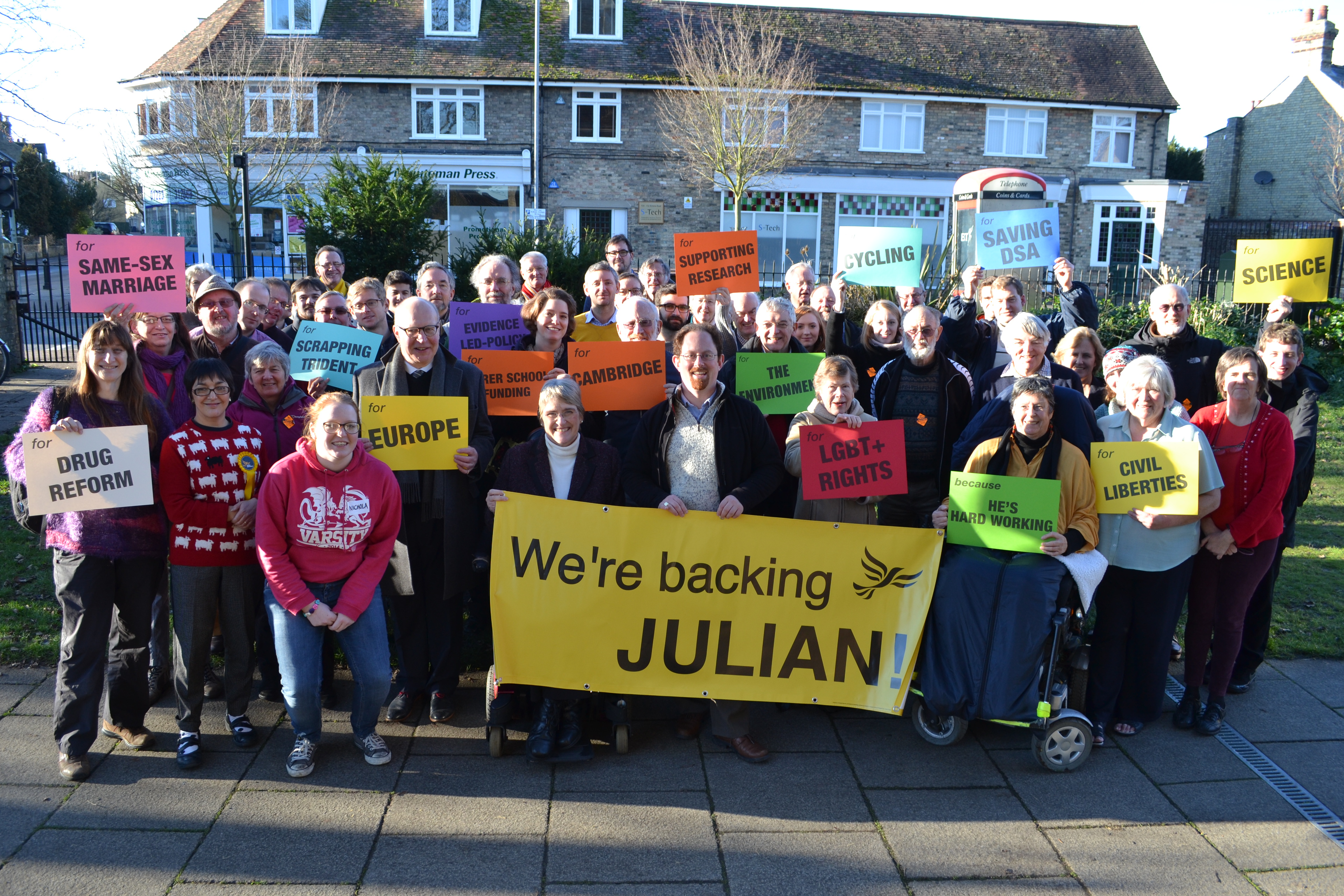 MP Julian Huppert will join Liberal Democrat President, Baroness Sal Brinton, for a visit to leading mental health charity, MIND on Friday (February 20) as he pushes ahead with his campaign for better funding.

The visit has been organised after Julian raised a petition calling for an extra £500 million year-on-year for mental health services across the country.

Baroness Brinton, who was former Liberal Democrat health spokesperson in the Lords before she became Liberal Democrat President in January, will join him as she promotes the party’s campaign on positive mental health and to tackle stigma and discrimination.

Julian and Baroness Brinton will meet the team at MIND in Chesterton Road and find out more about the work they are doing to support people recovering from mental illness.

“This charity does an excellent job in giving people the support they need and working to beat the stigma and discrimination which exists within communities,” said Julian. “But we also need to be able to get people the help they need when they first become ill.

“Mental health has been the poor relation of our health service for decades, however, and as a result people have been left to suffer while they wait for that all important first appointment. This is not acceptable and we are working to change that.

“We have achieved parity of esteem between mental health and physical health and in Cambridgeshire we have signed up to the Crisis Care Concordat to improve prevention and intervention. An extra £1.5 million is being invested in mental health services in the county this year and a further £2.2 million from April to improve access to psychological therapies.

“But there is so much more we can do. That is why I launched my campaign to get an extra £500 million every year for mental health services nationally.”

Baroness Brinton, former Lib Dem leader on Cambridgeshire County Council said: “It is so important that people get the right support when they first become ill but that can only happen if they are not ignored or stigmatised.

“We are campaigning for an extra £400 million to make sure sufferers get access to talking or psychological therapies and to end the long waiting lists that people face just to get an initial appointment.

“Our charity sector is doing a great job working in the field of mental illness, now our government needs to do more.”