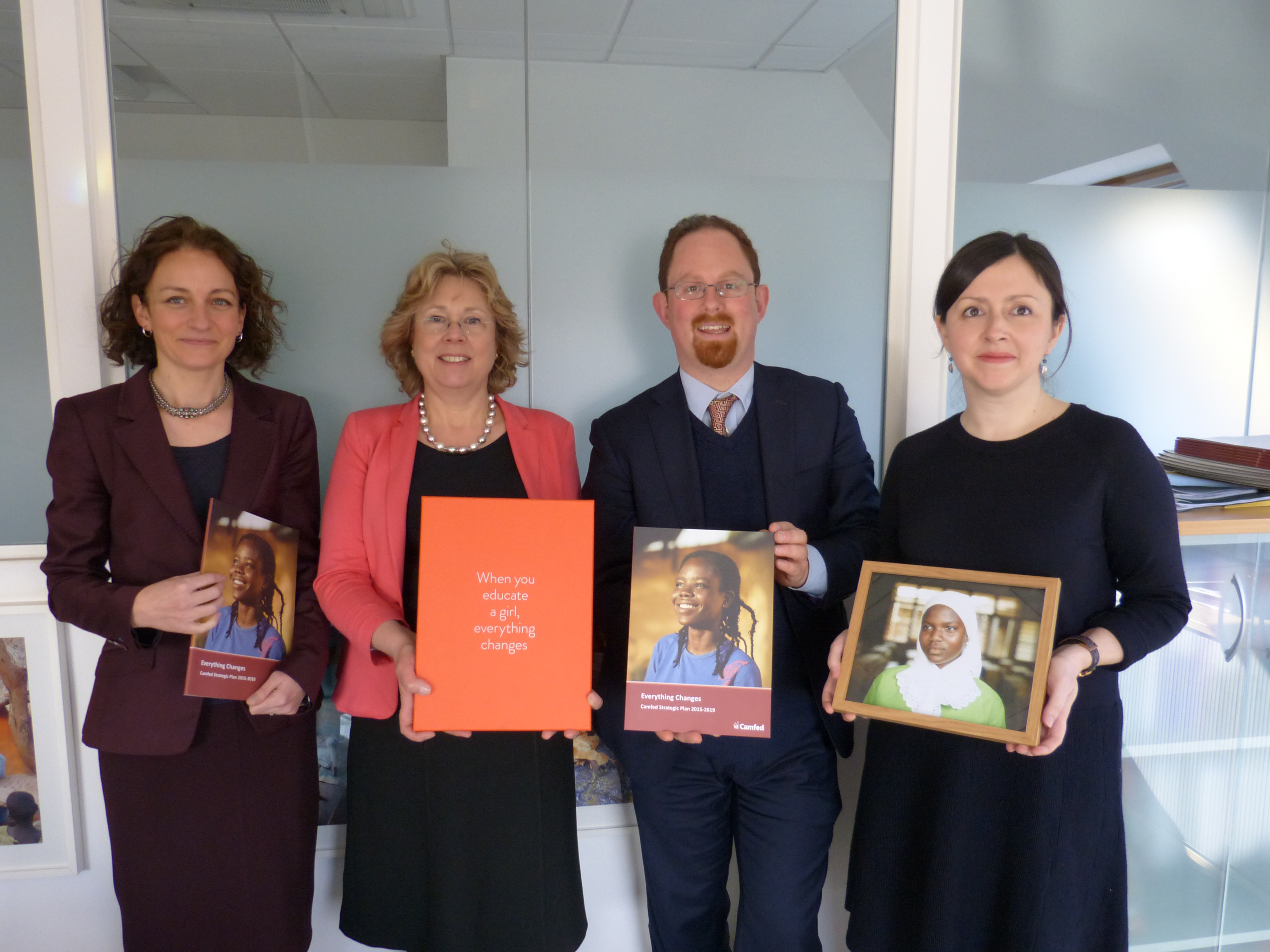 MP Julian Huppert, who fought for Britain to lead the way on overseas aid, is visiting a Cambridge charity dedicated to supporting girls and young women in the poorest rural communities of Africa.

Julian will be joined on his visit to Camfed – the Campaign for Female Education – on Monday, February 23 by Liberal Democrat Peer and Minister for International Development, Baroness Lindsay Northover.

Baroness Northover has been a Member of Council of the Overseas Development Institute, Trustee of the Tropical Health and Education Trust and a Trustee of UNICEF UK.

During their visit to Camfed in Castle Street Julian and Baroness Northover will find out more about the charity which tackles poverty and inequality by supporting girls to go to school and empower young women to step up as leaders of change.

Camfed invests in the poorest rural communities in sub-Saharan Africa. Its programmes in Zimbabwe, Zambia, Ghana, Tanzania and Malawi have directly supported more than 1.2 million students to attend primary and secondary school and more than three million children have benefited from an improved learning environment.

“This is an excellent charity giving girls and women the type of opportunities that they wouldn’t have without this help,” said Julian.“It is bringing about much-needed change to deprived areas where in the past girls have been failed by the systems in place.”

Lucy Lake, CEO of Camfed said: “While there is growing global awareness of the importance of girls’ education because of its impact on health, population and prosperity, the UK Government has led the way in bringing meaningful commitments to the table that result in genuine and lasting change for girls.”

Many countries promised to hit this target in 1970 but Britain has been the first G7 country to do so, under this government.

The aid commitment was a Lib Dem general election manifesto promise and part of the 2010 coalition agreement.

“We have excellent charities like Camfed working hard to improve the lives of people across the world and now our government has become the first to step up and meet an international aid target set 45 years ago. We can be proud of that achievement.”