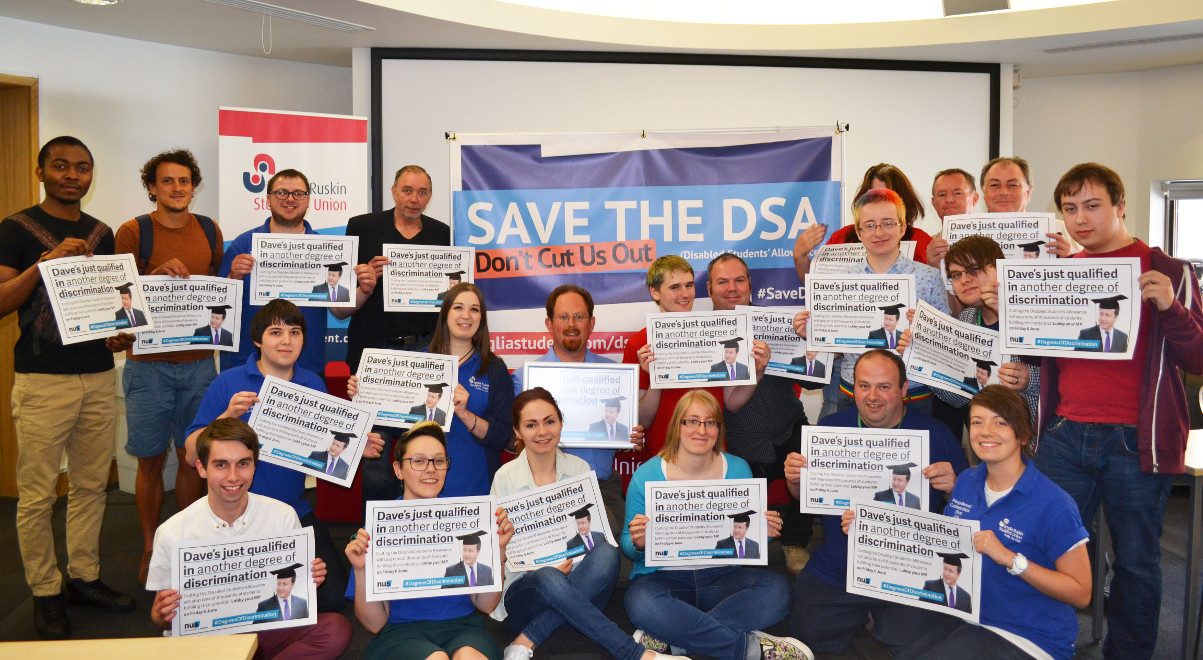 Students across the country have praised Julian Huppert for voting against tuition fees and standing up for them in Parliament.

The National Union of Students, which represents seven million students in 95 per cent of higher and further education student unions, claims Julian’s record in Parliament “makes him a good friend to the student movement”.

The tribute in NUS News says: “When it came to the infamous vote, Huppert stuck to his word and voted against the increase in top-up fees.

“We’d like to take this opportunity to thank him for keeping his word on tuition fees, and for supporting students once in Parliament.

“He was at the forefront of the campaign to protect the Disabled Student Allowance, calling MPs to a Parliamentary debate to stand against the proposed changes,” the union says.

“He has also been a great champion of postgraduate education and has campaigned for a fairer, more accessible funding model. Huppert is also secretary to the newly established All Party Parliamentary Group on Students, which the NUS provide the secretariat to.”

Julian said: “I am delighted that students in Cambridge and nationally know that I stand by my word. I promised to vote against tuition fees, I signed the pledge and I stuck to my promise. Cambridge’s former Labour MP, on the other hand, made a promise to the students on tuition fees and broke that promise betraying the students.

“In the longer term I want to see fees abolished altogether but in the meantime it is important that we continue to make sure there are bursaries and scholarships so that everyone can have the chance to go to university.

“Students know that I stand up for them and I worked hard to give them a voice in government making sure that they had their say on the issues that are important to them.

“I worked with the National Union of Students and students from the student unions at Anglia Ruskin and Cambridge Universities to protect the Disabled Students Allowance because it is such a lifeline for the huge numbers of students with disabilities. I couldn’t stand by and watch the rug pulled from under them.

“And I want to make sure that post graduate students can go further in their studies and not be prevented from doing so by financial restraints. The new postgraduate loan scheme will give thousands more students that opportunity.