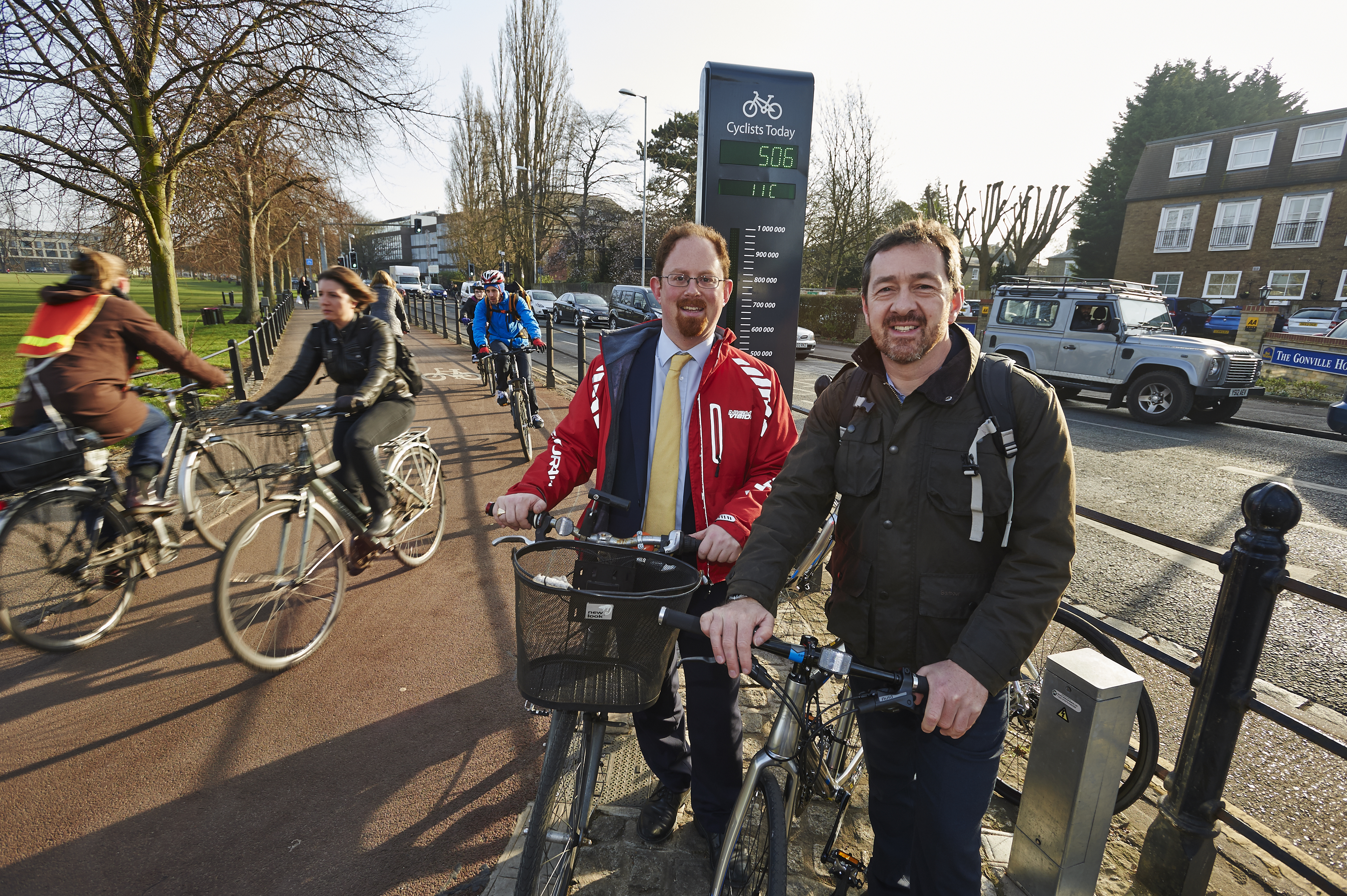 The pair will take a look at the measures in which the city has invested as it aims to encourage more cyclists and aspire to make Cambridge among the best cities in the world for cycling.

The ride precedes the national 20's Plenty conference taking place in the city in which Chris Boardman is taking part.

Julian, who led the Get Britain Cycling inquiry and is Co-Chair of the All Party Parliamentary Committee on Cycling said: “We have supported cycling in Cambridge, benefitting all road users, and aspire to become a world leading cycling city.

“But we know we can only achieve that by sustained investment and that is why I have worked hard in this government to get Cambridge the money it needs to make further improvements to our city to encourage more people to cycle.

“When the Lib Dems ran the City Council we led the way to lower the speed limit on residential roads to protect cyclists and pedestrians. But we also need successive governments to play their part by changing the law to make this happen across the country. And we need to implement the 18 recommendations in the Get Britain Cycling report, which have been supported by pedestrian organisations, the Automobile Association and health charities as well as cycling groups.”

Chris Boardman said in his work around Parliament he had never met anybody like Julian with his “passion for cycling for all the right reasons”.

He said: “In my work around Parliament in the last couple of years, I have not met anybody that has the integrity and intelligence of Julian Huppert, somebody who is passionate about cycling for all the right reasons and wants to invest in all our futures.”

You can see Chris's video of support for Julian here: https://www.youtube.com/watch?v=CLBefzNRYgQ&feature=youtu.be