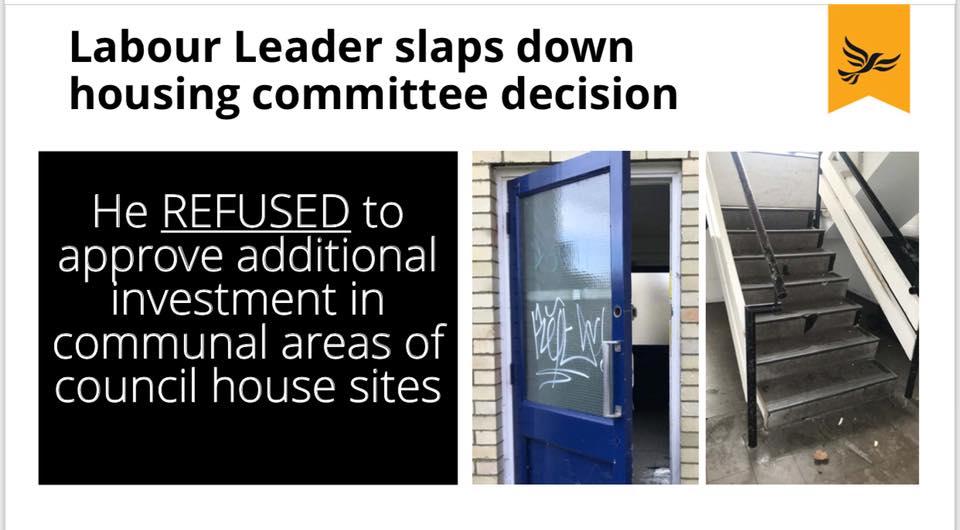 Council Leader, Labour’s Lewis Herbert, has slapped down the democratic decision of the Council’s Housing Committee by deciding to ignore the committee’s support for the opposition amendment to the Housing Budget.

Members of the committee, including the council tenant representatives voted to support the amended Housing Budget.  Council officers confirmed the amendment would have still resulted in a balanced Housing Budget being delivered.

“The amendment would have meant that larger families renting one of the new 500 council houses in the city would save up to £2,000 a year.  This would be a big difference to people struggling to make ends meet in Cambridge.

In addition, it would have better protected larger families from the benefit cap under Universal Credit and enabled work to start on the much-needed improvements to the sorry state of communal areas on the council housing sites.  Not only that, It would have ensured that council tenants living in sheltered accommodation would still be able to rely on the council to undertake repairs to their properties without having to pay for them.

Rather than force through their own Budget, Labour and their Leader Lewis Herbert and the Executive Councillor for Housing Kevin Price should have reflected on the clear message that the Housing Committee sent.

Council tenants agree with the non Labour members of the Housing Committee, including the Council Tenant representatives, that the proposals in the amendment are really needed.

Instead, whichever way elected representatives actually voted, we have ended up with a Labour Housing Budget, that has had to be forced on to the Council and tenants.  Labour has failed to listen to the views that council tenants have voiced and to make the most of what can be achieved for them in a very tough environment.  It is a very arrogant step that the Labour ruling group has taken and makes a mockery of their concerns about inequality.

The Liberal Democrats will continue to listen to council tenants across the city and act as a champion for their views against the increasingly remote ruling Labour Group.”