Cambridge Labour Party have today scrapped their cruel and financially illiterate charges for the Shopmobilty electric scooter lending service in the city centre after a campaign by Cambridge Lib Dems.

Congratulations and thank you to everyone who signed the petition, wrote to their Labour councillor or in any way supported our campaign to scrap this awful disability tax.

With your help, we have forced Labour into a highly embarrassing U-turn after they finally admitted that the charges were harming the service and locking vulnerable people out of our city centre.

“To try and make a virtue out of listening on this is more than a bit rich, when Labour has been continuously warned, not only by the Lib Dem opposition, but by service users and the general public, from the very start of this doomed policy a year ago. Since, there has been a full year of trying to charge vulnerable people more than they could afford - and a full year of not listening! An unseemly spectacle.

“The truth is Labour have ultimately been beaten up into this u-turn by Cambridge public opinion, simply because they were so out of touch. We want our city to be inclusive, not to leave disabled people on low incomes cut off at home.

“What were they thinking of? This was a particularly cruel way to raise additional revenue, which many towns and cities have made a priority of avoiding.”

After a year in which some of the highest charges around for such a service were introduced against opposition from LibDem councillors, and which saw service use plummet to such a low level that staff sat around guarding banks of unused scooters, the Labour administration have finally admitted that this is neither morally nor financial acceptable.

The Shopmobility service was valued when Liberal Democrats ran Cambridge and we are proud to have defended the principle that our city should be open to everyone, always. 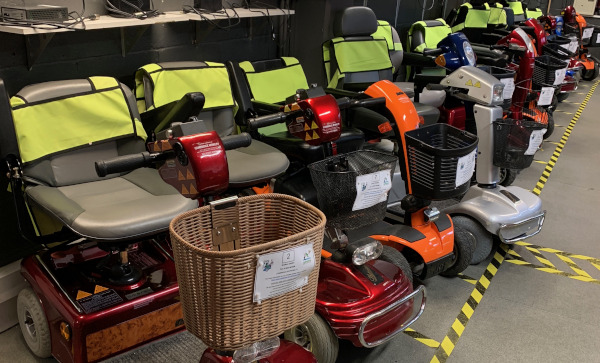