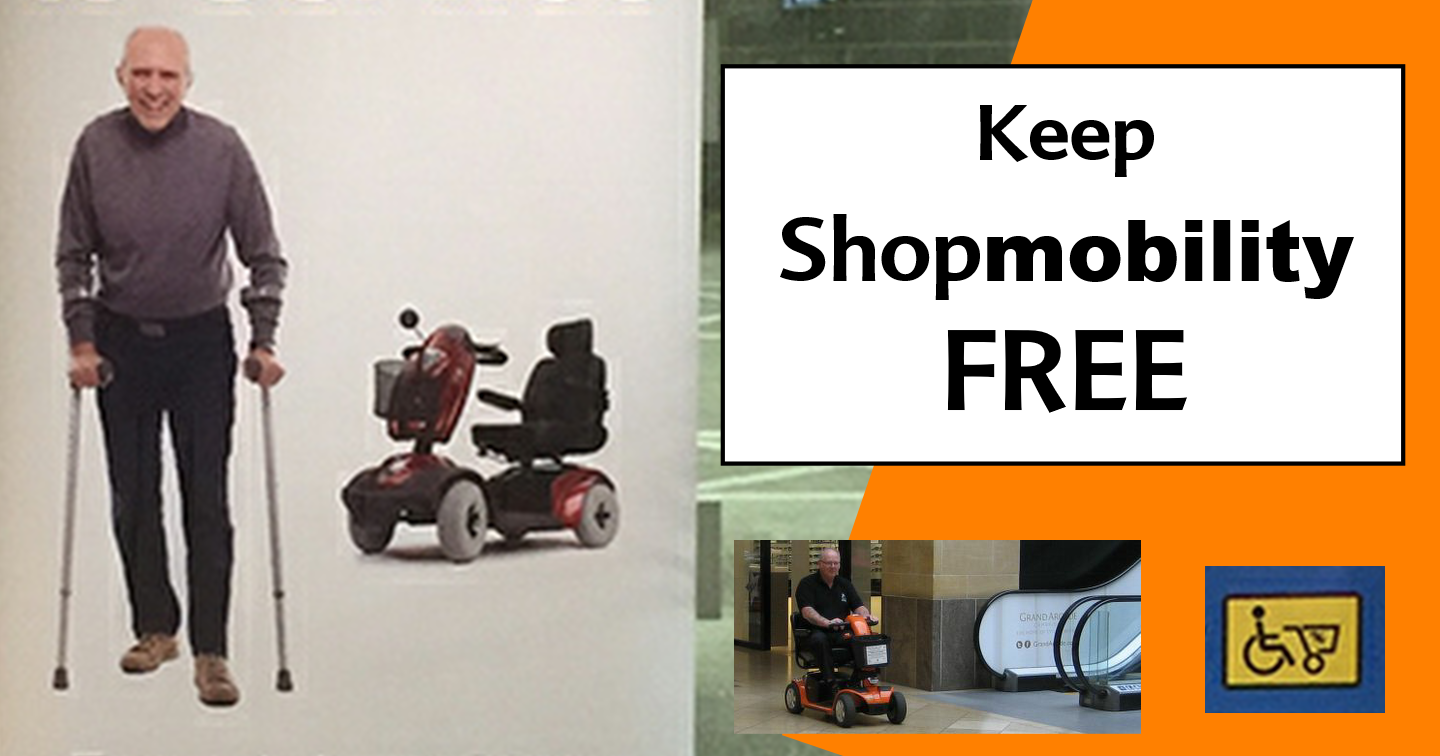 Following sustained pressure from a LibDem campaign, Labour run Cambridge City Council have today announced a 50% reduction in charges for the Shopmobilty services, which they introduced in May. Previously the service had been free.

Lib Dems had called for the charges to be scrapped entirely, a call echoed by approaching 2000 people who sighed the the petition.

“This is a cowardly way out of a stupid decision by an obstinate council. They should hang their heads in shame for the dislocation they have caused to a key service to a vulnerable community in the city - which we told them was unfair and would kill off the shopmobility service. Another example of Labour at sixes and sevens on the needs of minority communities.
“They thought that raising charges like this would only lose 20% of the service’s users, which was bad enough; in the event, it lost nearly 70%! This matters because it hits the least well off among the disabled and less mobile people who use it - and they are already a group struggling with a disadvantage. People left out like this only increases isolation and loneliness.
“Liberal Democrats have opposed this policy four successive times this year, only to be turned away each time by the Labour councillors. Last month they even rejected a public petition which we supported: it had over a thousand signatures, now approaching 2000.
"We are pleased to have achieved some kind of U-turn at last, but this could have been done a long time before now. It is a change in the right direction, but it doesn't actually respond to our demand to scrap the charges altogether, to enable a proper plan to be agreed. £24 per year plus £3 a visit is still among the highest prices around and some places still offer it for free: Chelmsford, Leicester, Oxford, Ipswich, St Albans, Newmarket, to name a few. The City Council still aren’t looking at this against evidence of what can be afforded by users. These new prices are still almost certain to result in fewer users than before, with the least well-off getting excluded. That’s not the city we want Cambridge to be and we will be holding Labour fully to account.”