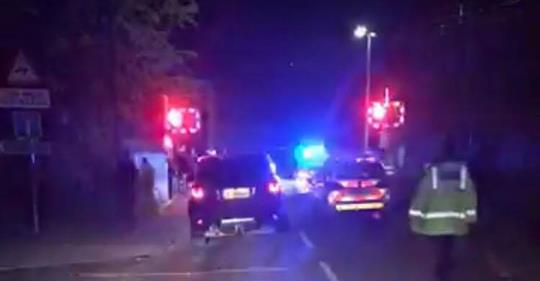 Last night (April 10th) a van smashed through the closed level crossing barriers on Fen Road while trying to escape from police.  It is fortunate that trains were able to stop or the consequences could have been much worse.  The smash again cut off people living beyond the level crossing and shows the need for a long term solution to improve access to this area so this dangerous level crossing can be closed.  Please sign our petition!

It's not just terrifying incidents like this that are a problem.  Since the opening of the new station at Cambridge North the level crossing barriers have often been down for 40 minutes in every hour.  Lib Dem colleagues from South Cambridgeshire District Council and I (Owen Dunn) have worked with Network Rail to reduce these delays, but as the line through Chesterton gets busier as Cambridge grows the problem will only get worse.

That's why the North East Cambridge Area Action Plan for a large housing development on the Cowley Road sewage works site is an opportunity we can't let slip.  Hundreds of millions of pounds of investment in the area should be made to work for us, by including plans for a permanent bridge over the railway to connect this area to the rest of Cambridge.  Only then will we be able to close this dangerous level crossing.

This plan has widespread support from residents and businesses on both sides of the railway, but local Labour councillors oppose closing the crossing.  Only Liberal Democrats are listening to local people's concerns.