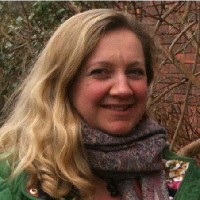 Cambridgeshire Liberal Democrats are repeating their call for a five per cent rise in council tax to generate an extra £7.2 million a year to protect crucial services.

The move would mean the average council tax payer would face an extra bill of just £1 a week – but would prevent the most disastrous of cuts to social care including the care of vulnerable children.

Threatened services such as libraries, rural transport and street lights could also be better funded.

And vital community funds could be maintained allowing match funding which could bring in thousands of pounds.

County Lib Dem Leader, Lucy Nethsingha said: “I will be repeating my call for a five per cent council tax rise rather than the two per cent which is expected. This would mean a small increase for the average council taxpayer but would have a big impact on council services in the coming year.

“If the Conservative Government chooses to set the council tax cap at two per cent or below, they are making a political choice to reduce the level of service available to the public at large and in particular the most vulnerable members of society who depend most on council services.”

A five per cent increase in council tax would:

“I have called on the Conservative group on the county council to push for a higher cap for many months,” added Cllr Nethsingha. “I hope they have listened.”