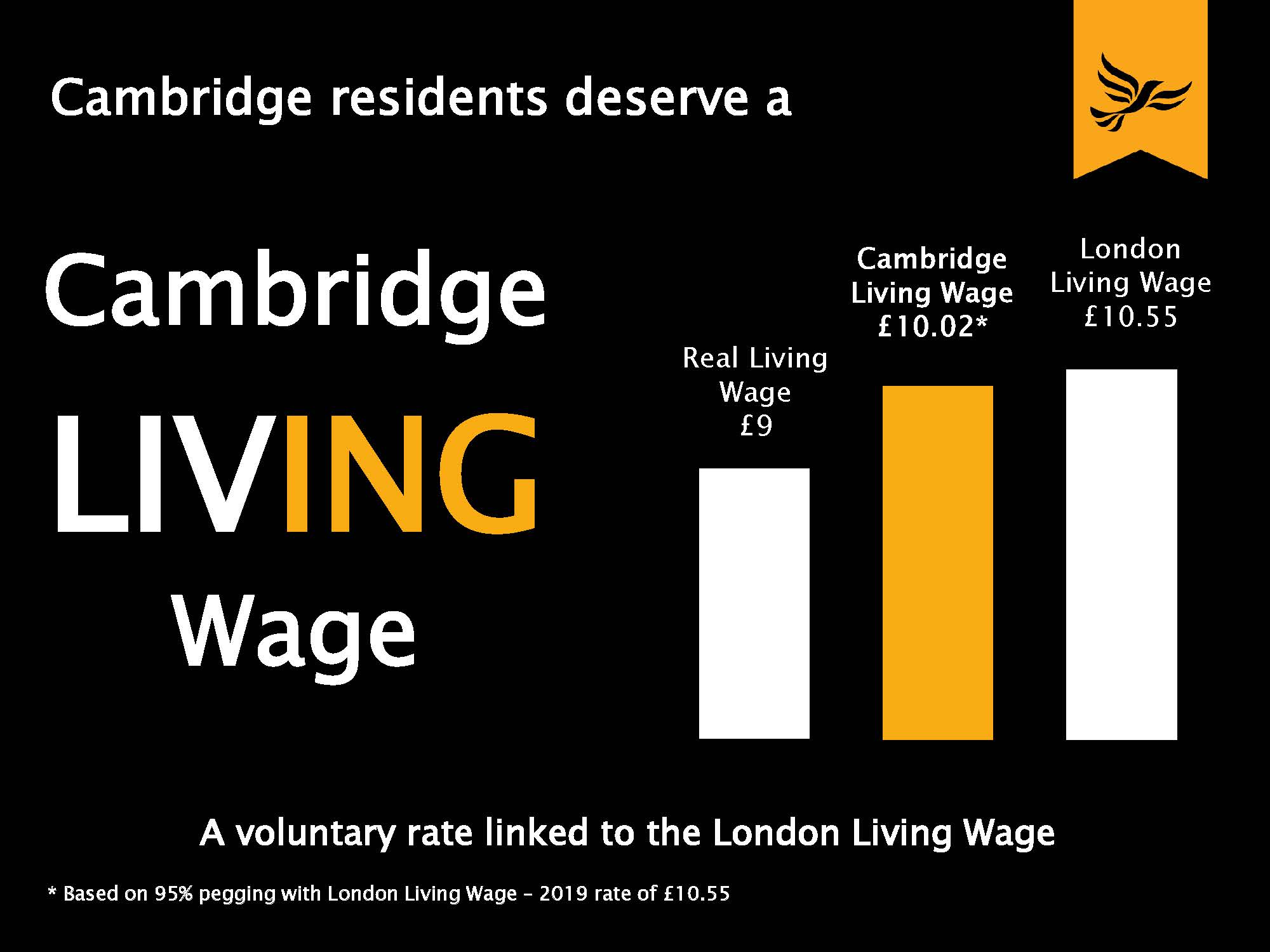 Lib Dem City Councillor and Parliamentary Candidate, Rod Cantrill has called for Cambridge to promote a Living Wage level which is specifically adjusted to the higher-than-average local cost of living in Cambridge.  The step would help address the high cost of living in the city that has continued to increase at unacceptable rates in the last few years.

“For the majority of residents, particularly young people and families, the cost of living in Cambridge means that they struggle to make ends meet.

As Executive Councillor, I introduced the Real Living Wage into the City Council and started the process for the council to become an accredited employer with the Living Wage Foundation.  This step acted as a foundation stone for the council’s work on promoting the Real Living Wage in recent years.  But the cost of living, particularly in relation to housing has continued to increase, whilst wages have not kept pace for the majority of employees.

I believe that it is time for the council to look again at this important issue.  The Cambridge Living Wage would be higher than the Real Living Wage (that is currently at £8.75 per hour) and would be linked to the London Living Wage (currently £10.20 per hour).

The Cambridge Living Wage would not be unique, Oxford, a city that has very similar cost of living pressures, has promoted the Oxford Living Wage for a number of years (currently £9.69 per hour).”

The motion will be tabled at the Annual Meeting of Cambridge City Council, Thursday 24th May