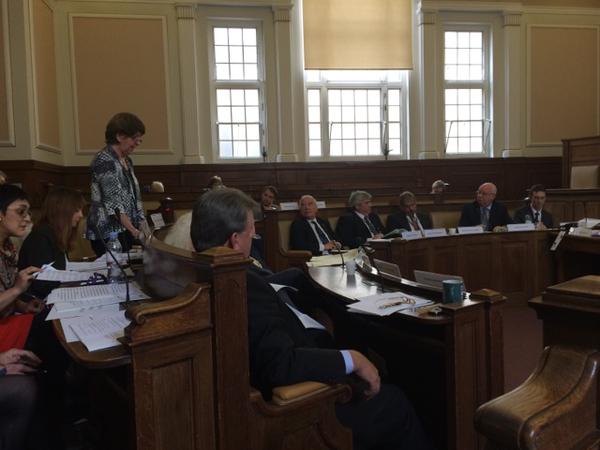 A decision to push forward with controversial plans to make over the third floor of Cambridge Central Library to a private firm and close the café is being challenged by Cambridge Liberal Democrats today(Tuesday, April 14).

They are demanding a review of the decision and want comprehensive information on the plans and a full consultation after they successfully called in the issue to Cambridgeshire County Council’s General Purposes Committee which meets at 10am at Shire Hall.

The project would create an enterprise centre to support employment prospects on the third floor of the library run by outside company KORA and the loss of the café.

Councillors will be joined by Julian Huppert, Liberal Democrat Parliamentary Candidate for Cambridge at the meeting where a petition carrying 3,500 signatures will be presented.

Julian said: “Rushing through this proposal without proper consultation is totally unacceptable.

“I am completely supportive of the library and any projects which could help people find work, but we don’t know enough about this scheme and residents haven’t had a chance to express their views.

“This is a huge change and it cannot be rushed. I hope as many people as possible will come to this meeting to show how important this is.”

Julian and councillors joined a demonstration at the library recently calling for the plans to be put on hold for a full consultation.

Lib Dem County Councillor, Amanda Taylor, who represents Queen Edith’s said: “We don’t know enough about Kora, the company behind this project, or how they will be operating.

“We are also angry that despite talks beginning over 18 months ago with the county council, library users were not given a say before such a huge change was agreed. It is after all a public library. There are strong objections to the loss of library space for the public as well as concerns about the Cambridgeshire Collection and the café.”

County Councillor, Barbara Ashwood, who represents Trumpington said: “My main concern is that so much of what is proposed has not been revealed openly to councillors in committee and we have been asked to make a judgement on the bare minimum of detail.

“I feel there is a strong probability that opening the enterprise centre will seriously compromise ‘traditional’ library services due to lack of space.”

Campaign pressure group 38 Degrees has launched a petition Don't privatise the third floor of Cambridge Central Library, which has been signed by more than 3,000 people so far. It can be found here: https://you.38degrees.org.uk/petitions/don-t-privatise-the-third-floor-of-cambridge-central-library